The 2015 Duluth sport show has come and gone.  It was five very cold and long days on the shores of Lake Superior. 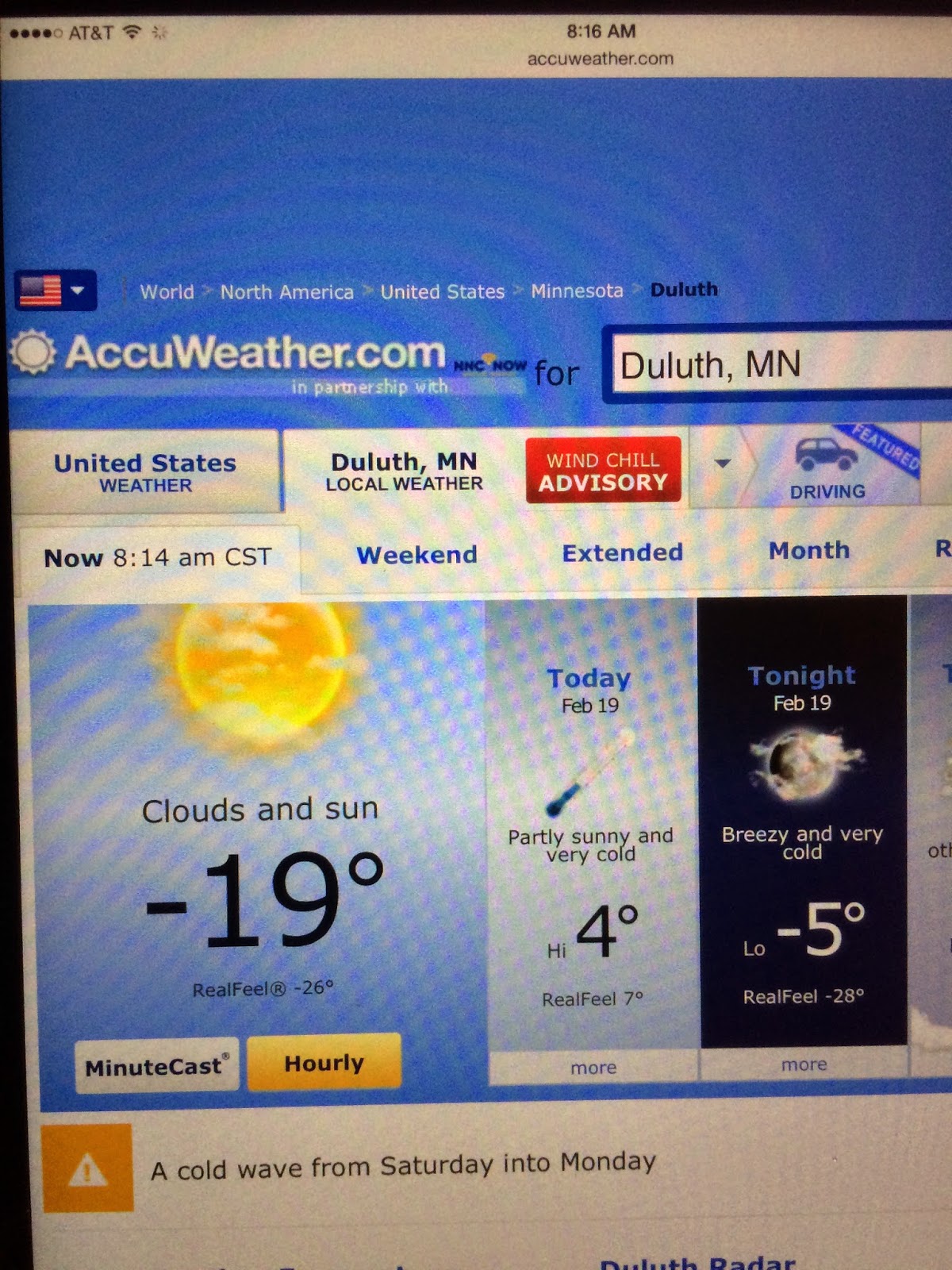 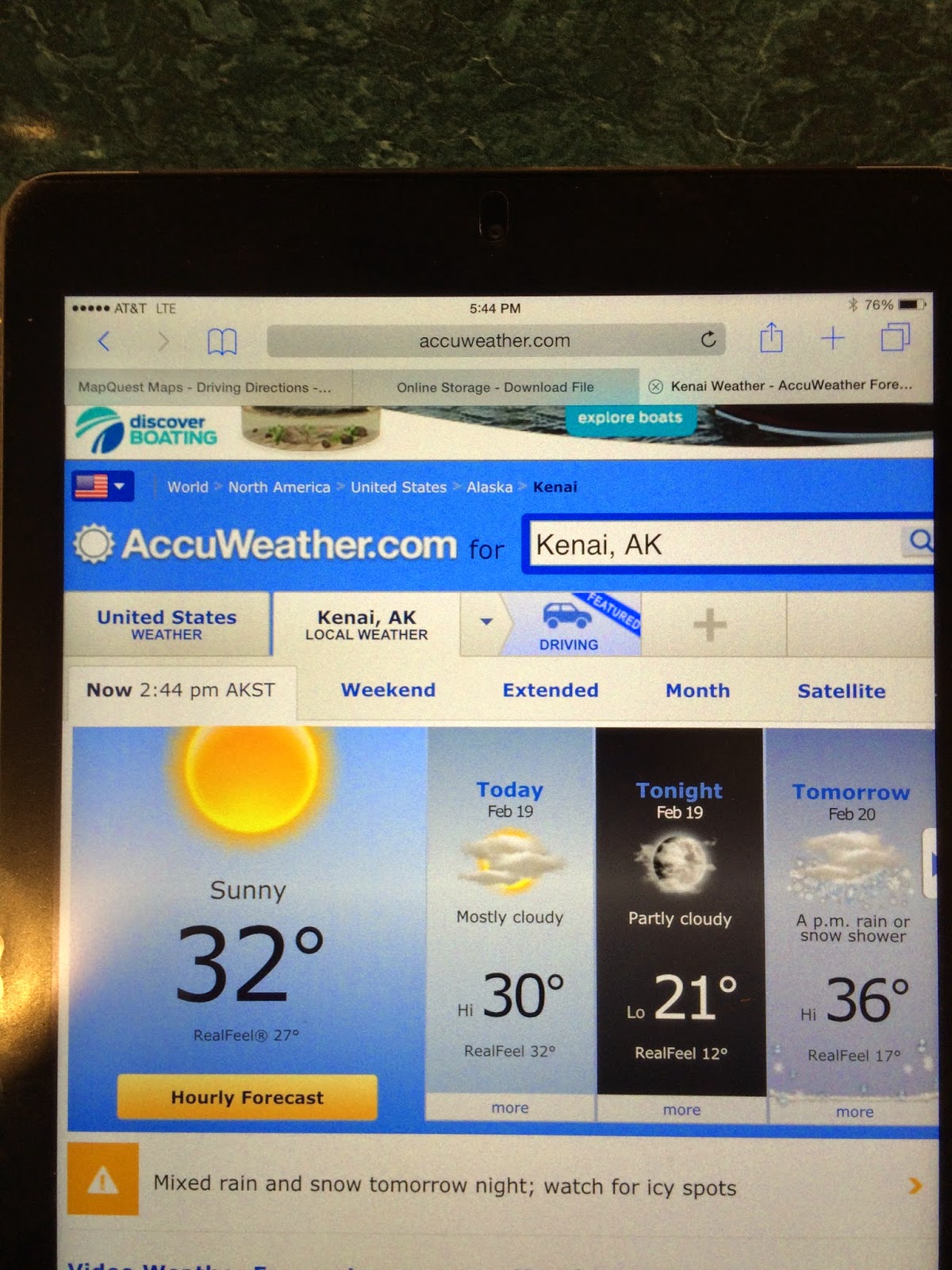 Did I mention it was cold in Duluth?   On February 19th we woke to minus 19 (with windchill it was minus 26).   Some three thousand miles north in Kenai it was 32 above.  That's just not right.  And it didn't make me feel any warmer when the local Duluth news channels reported that a record for the most ice cover on the Great Lakes could be broken within the week.   Too bad I won't be there to share this milestone with them. 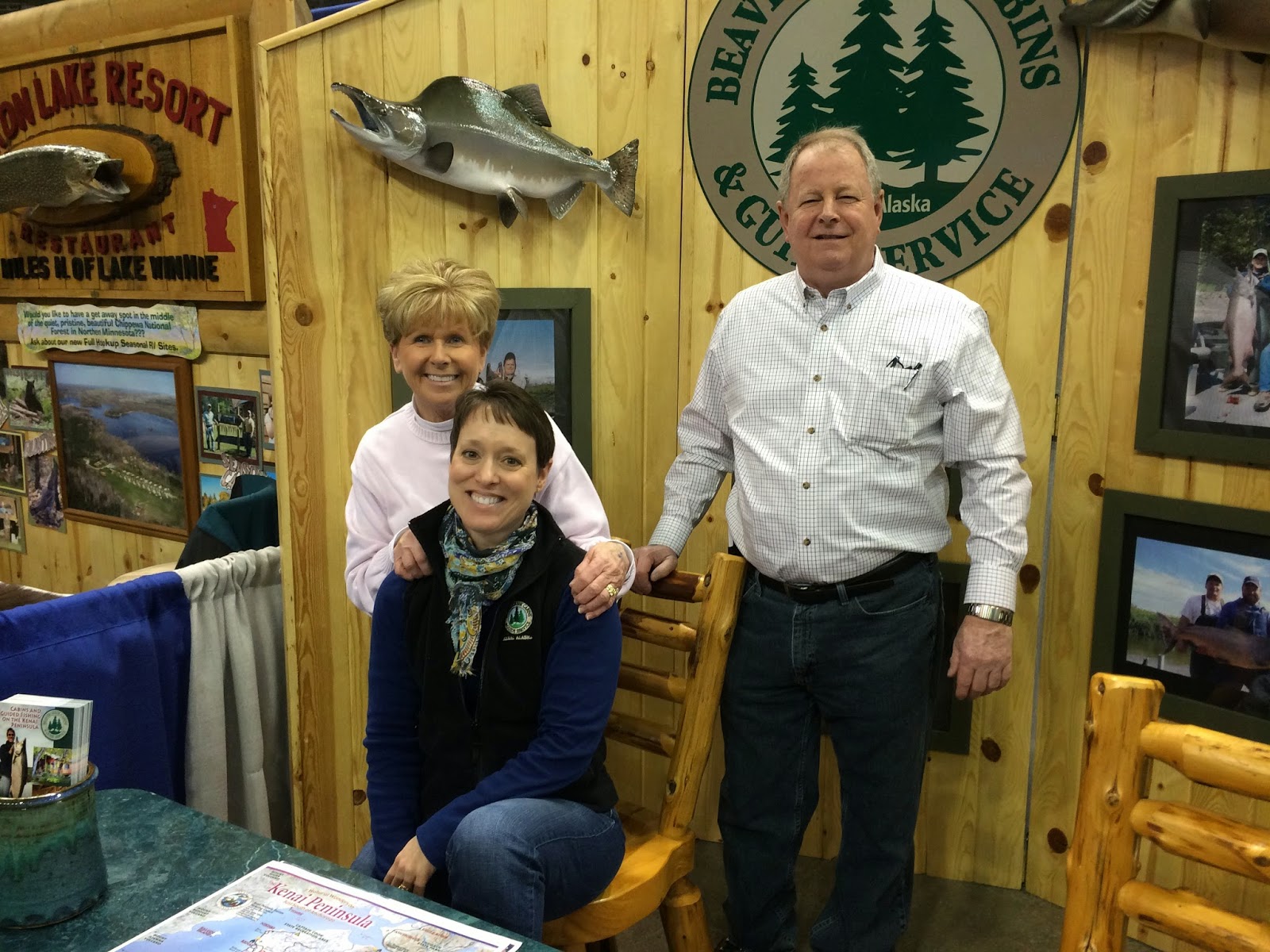 Once again, Dan "The Candy Man" and Mary Meyer came to Duluth and spent a couple of days with us.  Always great to spend time with them and their help at the booth was much appreciated.  See you guys in June (and September). 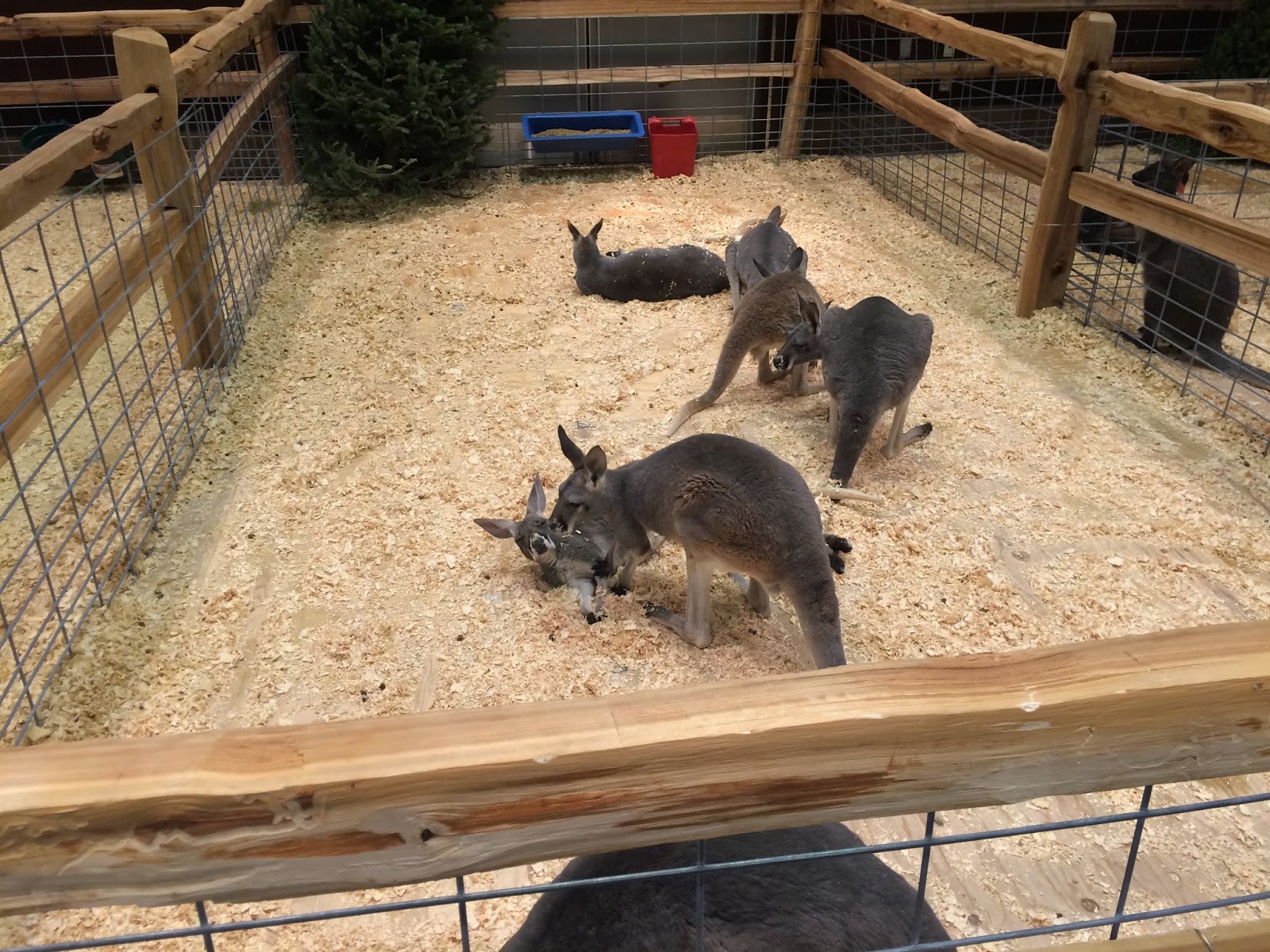 A new wrinkle for this show was the "Australian Wild Animals." exhibit.  It featured kangaroos, emus, wallabies, and kookaburras. This was definitely a hit with the children. 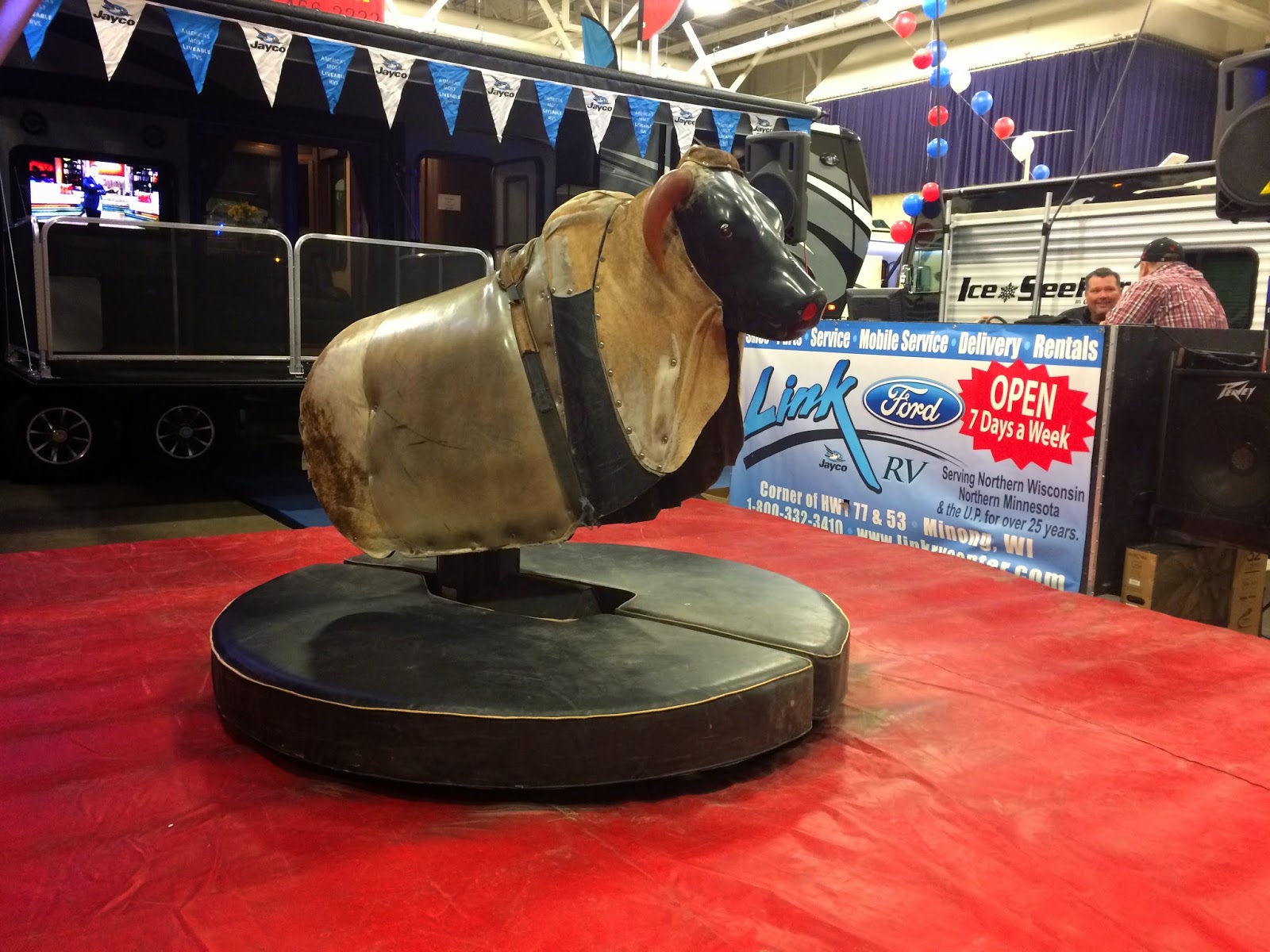 Seems kinda weird but an RV dealer featured a mechanical bull ride. Nothing quite says RV sales like a 10 second ride on a bucking bull. But then again, maybe they found this is good way to separate people from their wallets.

In the next couple of days Jane and I will be getting in touch with the people who requested additional information about Alaska.  Be patient, we have you on our list.  And, for the guy who wanted to know more about Caribbean cruises in Alaska, we'll get back to you later.....much later.


Posted by Beaver Creek Cabins & Guide Service at 10:26 AM No comments: 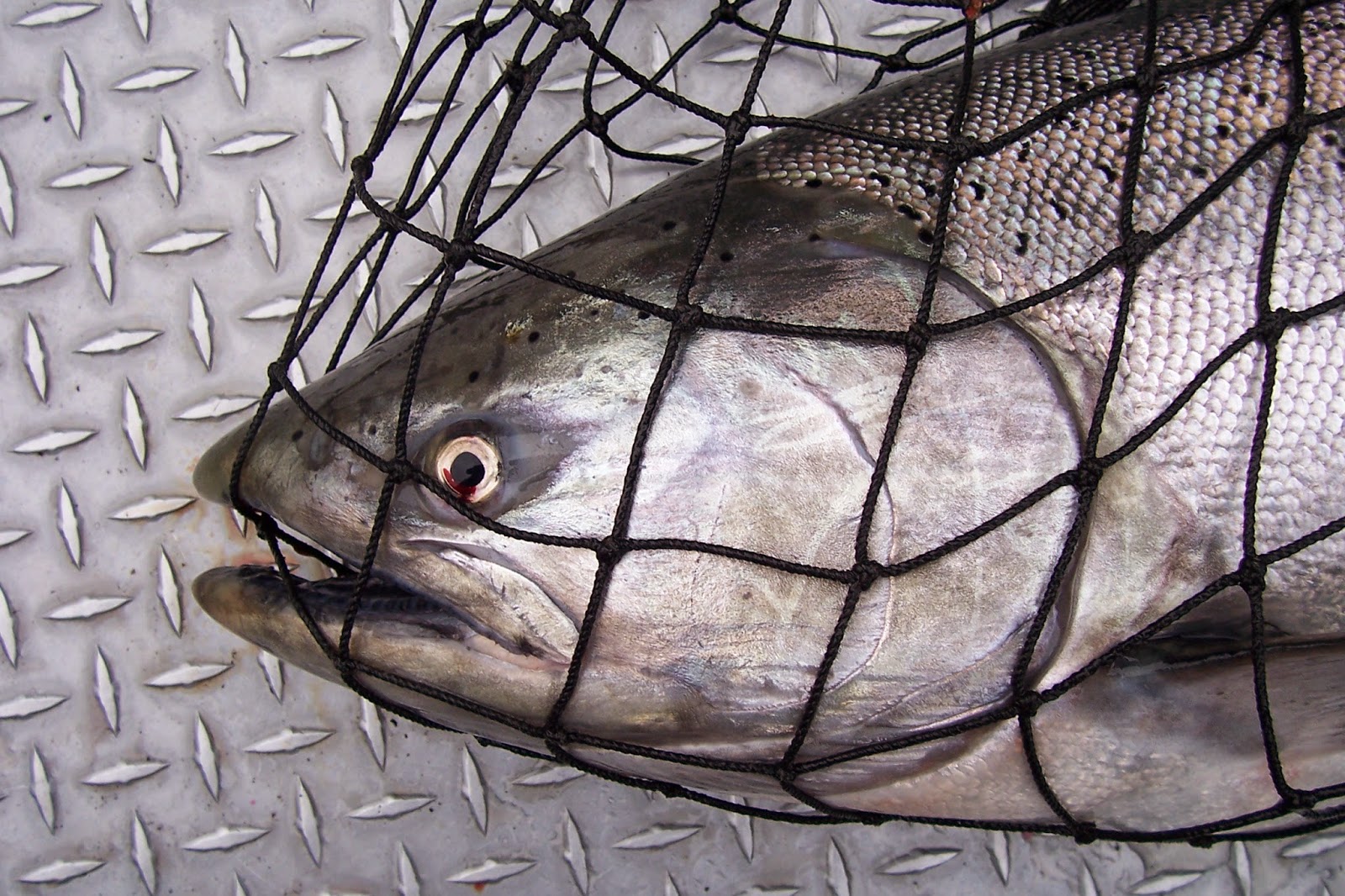 Jane and I will be attending the Duluth Boat, Sports, Travel & RV Show from Wednesday, February 18th until Sunday, February 22nd.   Show details can be found here.

We have a limited supply of free show tickets.  Send us an email if you're interested.

Hope to see you there! 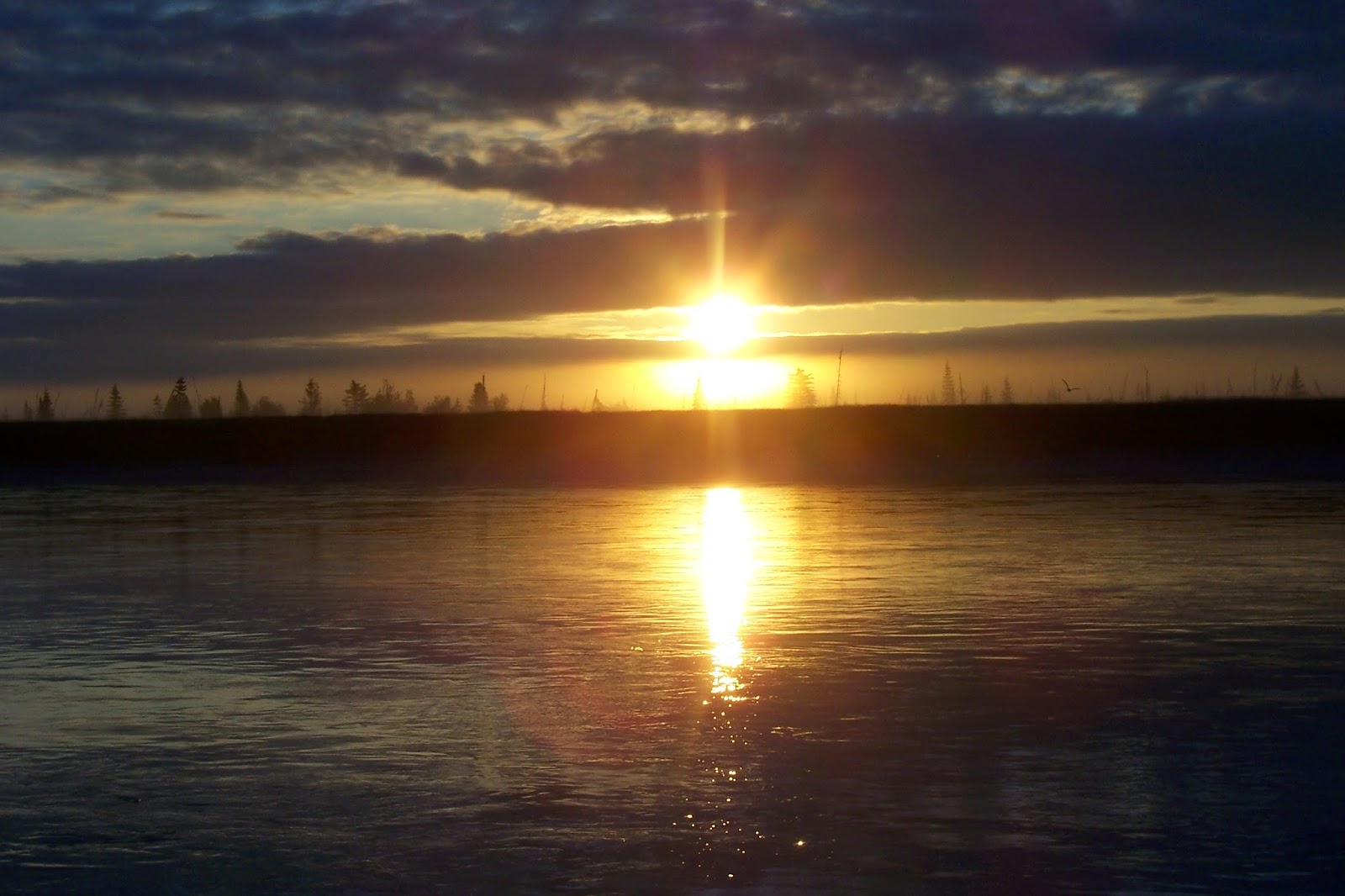 Posted by Beaver Creek Cabins & Guide Service at 8:42 AM 2 comments:

I'm a little bit wore out after 3 days at the sport show.   We spent a lot of time visiting with old friends and even more time talking to people who have never traveled to Alaska.   Definitely a recipe for long (and fun) days.


The St. Cloud show was also a destination for us to meet the Schmidt's, Steinhoff's, and Binsfeld's.   All three couples had booked lodging and fishing prior to the show, but came to it to visit and get more information.  Thanks guys for stopping by! Finally, I always like to post a photo or two from the show of something I found interesting.  This restored boat from the '30's definitely stood out to me.  The photo does not do justice to the detail that went into this restoration.  I wonder how many heads would turn on the Kenai if I suddenly decided to start guiding with this rig....


This coming weekend Jane and I will be at the St. Cloud Sportmen's Show.   We look forward to being back and visiting with friends and talking with people who are interested in traveling to Alaska


This has been a fun show for us in the past and we're expecting nothing less this year.

If you're looking for free show tickets, the only day we have tickets left is Sunday.  So, if you are interested, you better let us know asap.

Hope to see you in St. Cloud!

Posted by Beaver Creek Cabins & Guide Service at 8:09 AM 1 comment: