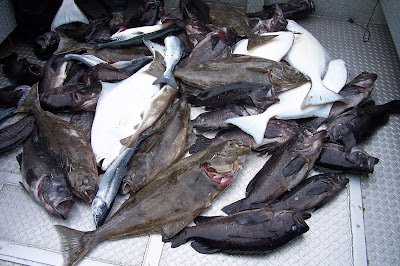 Okay, I have a good reason why my weekly fishing report is a couple of days late.  I've been too busy fishing.   If there's been a silver lining with the early run king closure, it's that Jane and I have had time to hang out and enjoy Alaska with friends.  The timing couldn't have been more perfect when Colette and Renee found a couple of relatively inexpensive plane tickets out of Minneapolis and showed up this past week.

Yesterday, we spend the day fishing with Boo Kandas on a combo trip out of Homer.  What a day. Limits of halibut, black rock bass, 5 pink salmon and one silver salmon.  The fishing was outstanding and the camaraderie was off the chart. 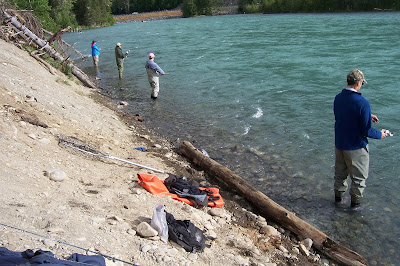 On the weekend my good buddy Todd joined us.  On Saturday we trekked to the Russian River for a day of red salmon fishing. The run was definitely past peak but lucky for us there were still a few fish to be had. I'm sure glad the right people did the catching. 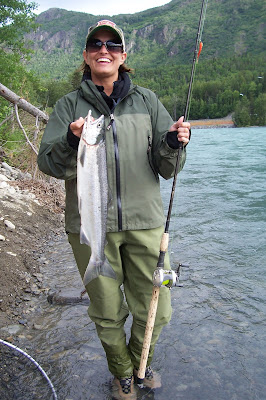 Here's Renee with her first ever red salmon. 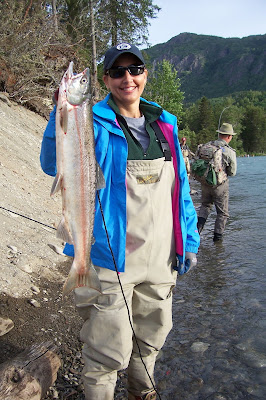 And Colette with her first ever red salmon as well.

Some of the other non fishing highlights of the past week included a trip to Seward, a night of pure entertainment from Hobo Jim, and running into Johnathan Hillstrand from the Deadliest Catch at the Salty Dawg Saloon.   Renee and Colette started out saying, "best day ever" to "best week ever" to "we don't want to leave, ever".   It was a lot of fun having the two of them and Todd around this past week.

Tomorrow is the opening of king salmon fishing on the Kenai River.  It seems like forever since I last fished out my boat. I'm spending today anxiously preparing my gear for what should be an excellent day of recreating on my most favorite river in the world.

Posted by Beaver Creek Cabins & Guide Service at 11:37 AM No comments: 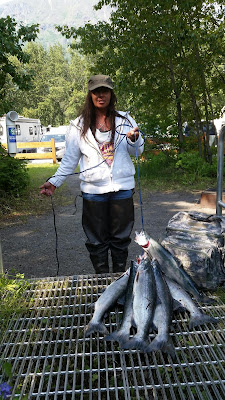 This past week the fishing at the Russian River has been good.   I personally did not fish, but the reports I received from guests were fishing was just that....good. Pictured above is Debbie Jeanette with a stringer full of sockeye salmon.  This is her first time to Alaska and it's obvious she had no problems picking up the flossing technique needed to catch a sockeye. 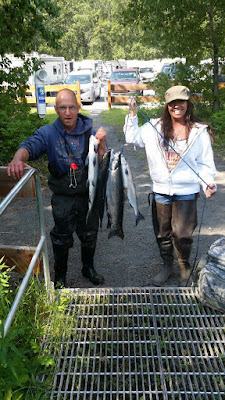 Here's Bill and Debbie with a stringer full of sockeyes.   Bill comes twice a year to Alaska and I have a hunch this will not be Debbie's last time here either.

Dan and Mary Meyer were here last week and unfortunately I have no photos of the fish they caught at the Russian.  Thanks guys for holding down the fort while we were away.  It was one less thing we had to worry about.

On to the kings.  As of 6/19, the  Kenai River king salmon sonar count was 4795. That is encouraging. With the minimum escapement goal being 5300, there's rumblings around town that the river may open to catch and release fishing. Quite honestly, if it doesn't I would have to say politics superseded science.

A final thought.  I've been overwhelmed by the emails, texts, calls, and even the people who showed up at my mom's service.   It was sad to say good bye.   But, the support that my family has received has been incredible and I thank you all for that.  A little song, a little dance, a little seltzer down your pants. 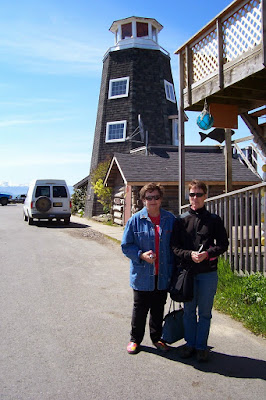 Life is what happens when you've made other plans.  So said the late John Lennon.

No fishing report for this week.  My mother unexpectantly passed away on Friday and I've been tending to matters in Minnesota.

Look for a new report next week.

Posted by Beaver Creek Cabins & Guide Service at 7:35 AM No comments:

It's not often that I get a chance to fish with my buddy Jeff.  It's even more unusual that I would be able to fish with him twice in a week. But, hey, what else would a couple of fishing guides do when their home water is closed?   That's right, we go to where the fishing is open.
Jeff and I fished the Ninilchik River for king salmon on Monday.   Our timing was perfect for the afternoon high tide to cast spinner baits. When we arrived there was one other guy fishing.  Hmmm, that 's usually a bad sign.  After casting for a couple of hours and not seeing a single salmon roll on the surface, we packed it up and headed back home.   Even though we were shut out, there's something cathartic about casting a spinner bait and retrieving it.   It just feels good being a part of it. 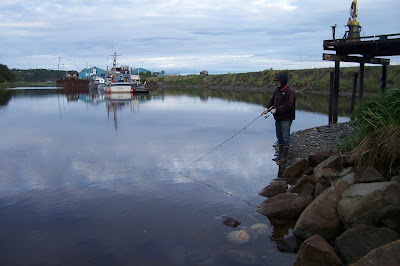 On our way home Jeff said we should try it again the following weekend (it closes on June 8th).   We left Soldotna early Sunday morning and upon our arrival we noticed the water was off colored.   Hmmm, not a good sign.   We fished at the mouth of the river all by ourselves and we saw one, maybe two salmon break the surface. After an hour or so of casting we decided that the off colored water made it too difficult to catch fish with spinners. 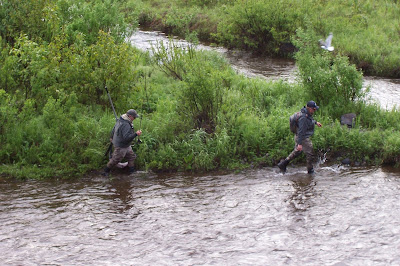 As we were leaving the Ninilchik River there were about a half a dozen people fishing upstream.  Jeff noticed one guy fighting a fish and another guy with the net ready.  Lo and behold a 25lb king was landed.  We thought about giving it a whirl but we were rigged with spinners and this fish fell to a hook and yarn presentation.   Our only option, if we wanted to keep fishing, would be to check out nearby Deep Creek.  When we arrived we saw quite a few salmon breaking the surface, but unfortunately Deep Creek was muddier than the Ninilchik.   We decided to call it a morning. 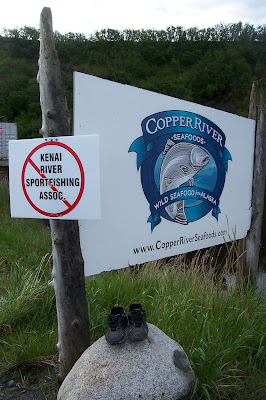 As we were leaving something seemed amiss to me.  When I realized what happened I asked Jeff if we could go back to the Ninilchik River.   Why?  I forgot my shoes.  We were only gone about 15 minutes so I felt confident they would be there.  As we got to the parking lot they were not where I left them.  Oh, oh. I looked to my right and sitting on a rock were my shoes.  A good samaritan moved them off the road and placed them in a visible place.  Nice to know there are good people out there. By the way, how about those signs..... 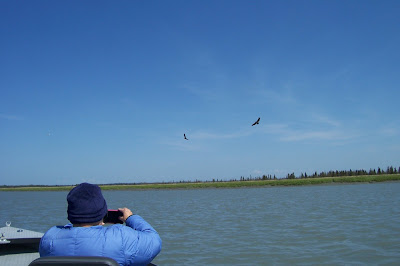 This past week also included a few more hours breaking in my outboard.  One day I called my neighbors, Vern and Nancy, and asked if they wanted a boat ride. They said absolutely. 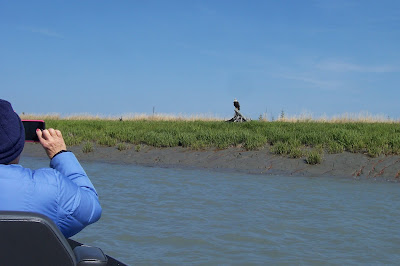 It was a nice day of weather and conversation.  It was also a great day to see bald eagles.

A couple of updates.  The Russian River opens up to sockeye fishing on June 11th.  Most likely I won't be at the midnight opener, but I will make it up there some time.  ADF&G has forecasted a strong run.   Speaking of strong runs, the current sonar count for Kenai king's are three times higher than they were at this point last year.   The biologists are cautiously optimistic that escapement goals will be met, but it' still too early in the run to know for sure.  I personally think the run will be some where in the middle of the optimum escapement goal. Time will tell.