A Case For Catch and Release Fishing 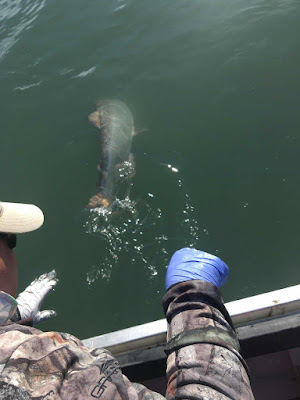 With the recent announcement from the Alaska Department of Fish and Game restricting the early Kenai king run to catch and release fishing, the debate over the practice has once again become front and center. One side will argue it's about recreation and economic opportunity, while the other side believes it is abhorrent and should not be allowed. Which is it? 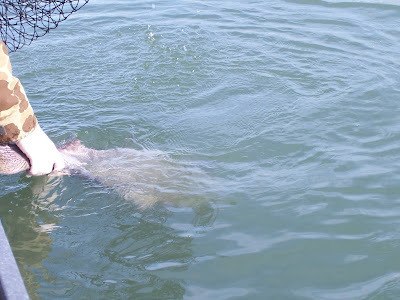 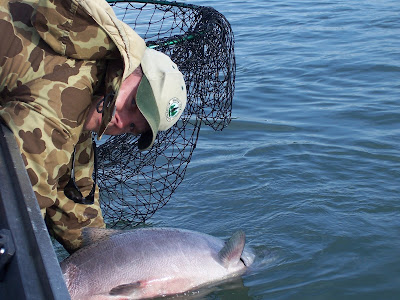 From 1986-1989 a study was conducted by Terry Bendock and Marianna Alexandersdottir about the hook and release mortality rate of sport caught king salmon on the Kenai River. The detailed analysis and methods of data collection can be found here.

The key finding is this: over a four year period of study, the mortality rate of sport caught released king salmon ranged from a high of 10.6% to a low of 4%. That averages out to 7.6%. The study was conducted with bait and the use of multiple hooks and found that the "frequency of gilled and bleeding fish was small”.  It’s important to compare that to where we are today. When ADFG mandates catch and release, fishing is restricted to a single hook with no bait. Single hook with no bait equates to less fish being caught and handled. Common sense would say that today’s mortality percentage would be even less than 7.6% that was established through this study. This, of course, is my own opinion. 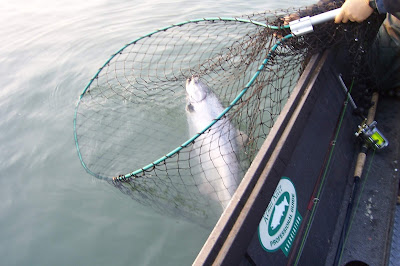 Over thirty years later a follow up study was done to the seminal Kenai River findings. Jason Dye and Lee Borden conducted a mortality rate of sport caught king salmon on the Nushagak River (Bristol Bay) from 2017 to 2018. The detailed analysis and data collection methods can be found here. 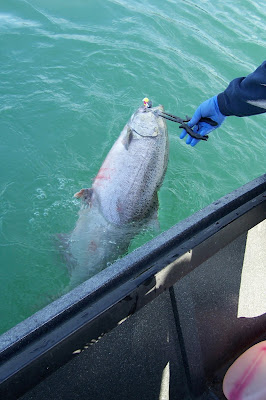 Some believe these rates of mortality are high. Relative to other fisheries, these numbers are low, very low. Try googling mortality rates of catch and release walleye fishing. You are going to find rates between 28% and 50% (Northwest Territories and Alberta, respectively).
Let me end this post by saying this: I believe in the efficacy of catch and release fishing as a management tool for king salmon runs. When ADFG announces a catch and release emergency order, they are doing it with the knowledge and understanding gained from two comprehensive studies of the practice. Their decision is based on allowing recreation with an acceptable mortality rate all the while preserving future runs of king salmon. It is no easy task, and, unfortunately, often  political winds rather than facts come into play....for both sides of the argument. 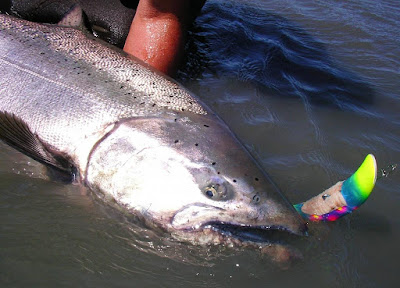 The Alaska Department of Fish and Game (ADFG) has announced today an emergency order (EO) for the 2019 early Kenai River king salmon season. The official press release can be found here. 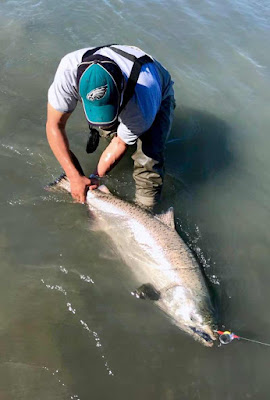 In an effort to protect future king salmon runs, ADFG has restricted the lower Kenai River (from the mouth of the river to Slikok Creek) to catch and release fishing. This restriction is in effect from May 1st, until June 30th. 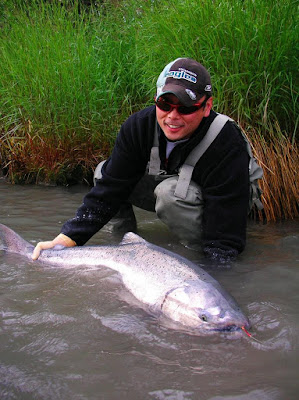 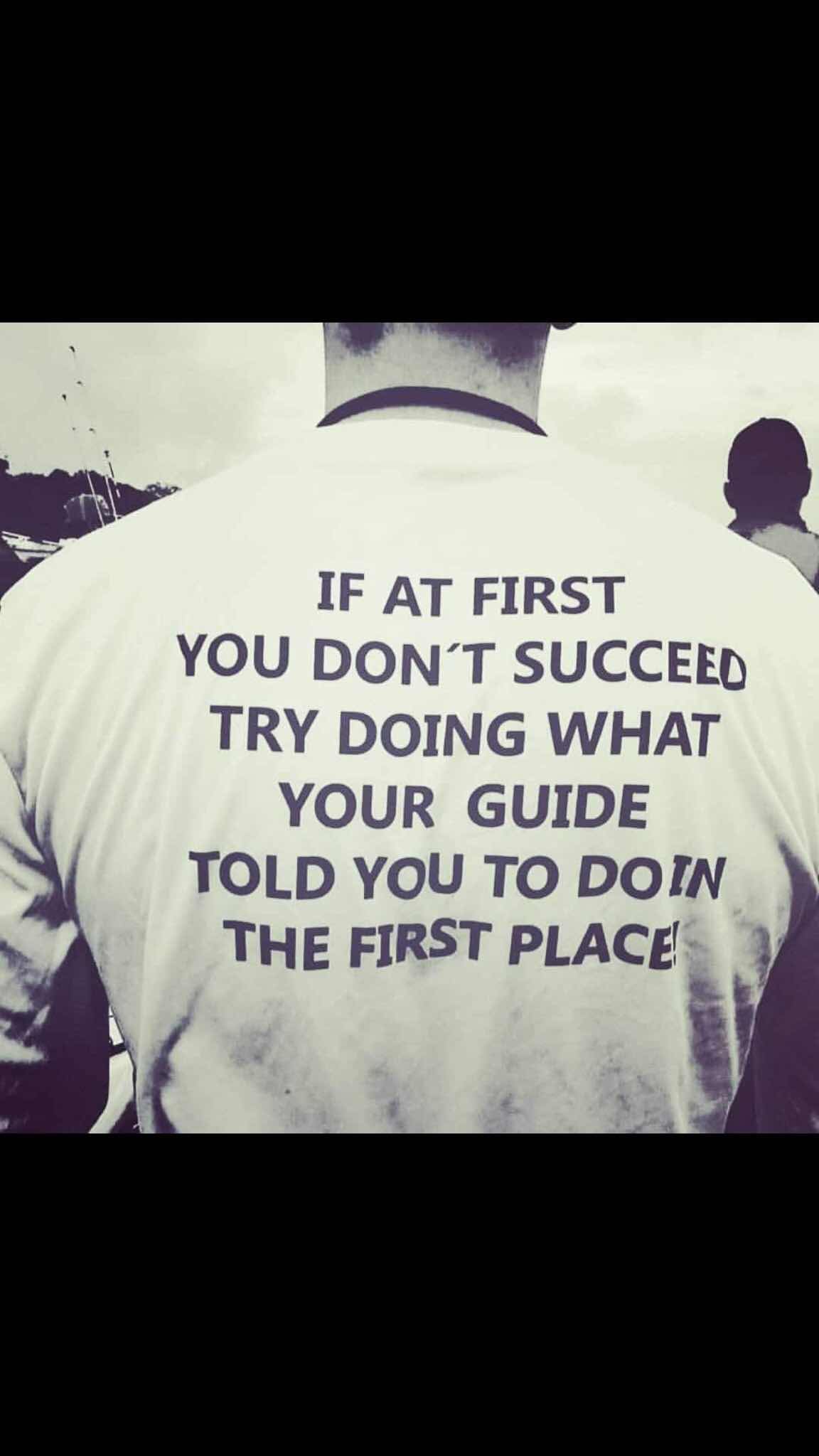 A friend of mine sent this to me. I thought he was trying to tell me something and I asked if I was “THAT GUIDE.”

He said I wasn’t.

I try to be patient with my clients and the last thing I’m going to do is yell and tell you you’re doing it all wrong.  My normal modus operandi is I’ll explain the technique/style that’s been working, and after three reminders you’re on your own. I figure the first time maybe you didn’t hear it correctly, so I’ll say it again. If you’re still doing it wrong, you’ll get a third reminder. If you’re still doing it wrong, well, you’re not coachable. Luckily, I haven’t had to bench anybody, but some people can’t quite figure out why they were the only one who didn’t catch fish that day.


Posted by Beaver Creek Cabins & Guide Service at 3:30 AM No comments:

I know this is a fishing blog, but there is a Kenai River connection. Above is Team USA celebrating their 4x5 relay win at the 2019 World Junior Ski Championship in Lahti, Finland. This is the first ever gold medal for Team USA in this event (silver last year).

The fishing connection is this: the young man on the left is my neighbor, Gus Schumacher. Not only a heck of a salmon fisherman (he was backbouncing when most kids used a Snoopy rod), but now he’s a gold medalist.  Way to go Super G! It will be fun to see what comes next.

Posted by Beaver Creek Cabins & Guide Service at 7:13 AM No comments: