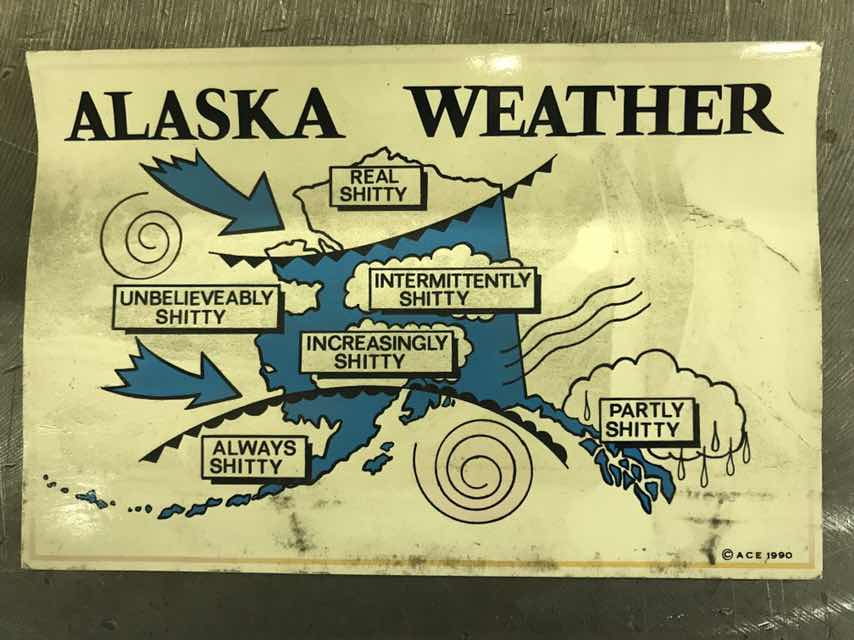 I'd like to thank nine year old Augie for introducing me to this poem. Unfortunately, I can not share this blogpost with him due to the language used in the photo above.

Talk to you next week!

p.s. This is an Alaska weather map for winter, not summer. Summers are always perfect..... 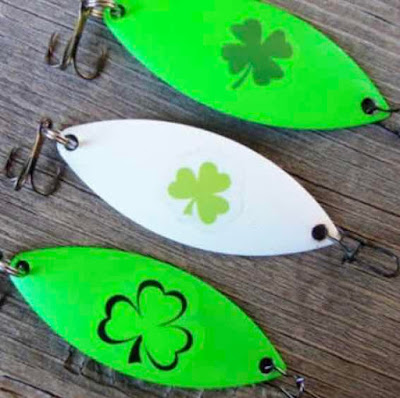 It's that time of year when we all claim to be a wee bit Irish. 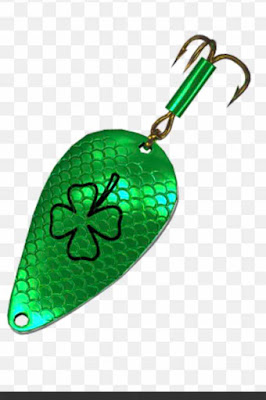 Fun factoid #49. There are 34.5 million Americans who claim Irish heritage. That’s seven times larger than the population of Ireland.

Posted by Beaver Creek Cabins & Guide Service at 5:20 AM No comments: 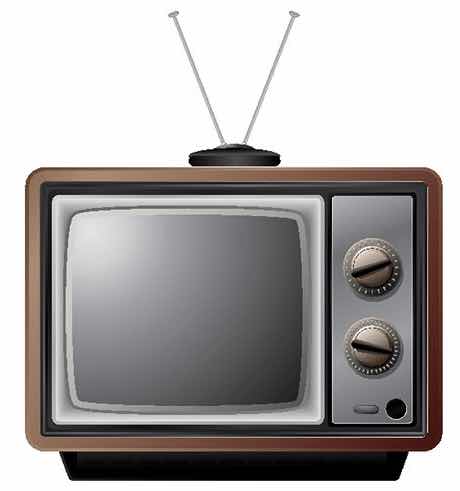 The number one problem call we get from guests is related to our satellite television. It’s either a loss of reception (due to the low southern elevation of the satellites), or it’s clumsy fingers pushing the wrong buttons on the remote. Well, no more. We are going back to the old standby...antenna television.

Today’s antenna television is nothing like what I grew up with. I would joke that I got two channels: on and off. Half the time the screen looked like I was watching a blizzard. Modern antenna television is digital, high definition with considerably more channel choices. NBC, CBS, ABC, local FOX, three Alaska public channels, and occasionally CW.

If enough people complain about the lack of viewing options, we will reinstall satellite television. I don’t think that will happen. Based on an informal poll of our guests, the response is they are here to recreate, not to watch television. Besides, our phones, computers, and tablets have claimed most of our screen time. 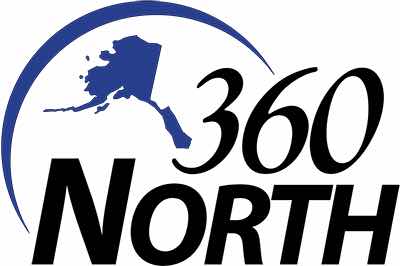 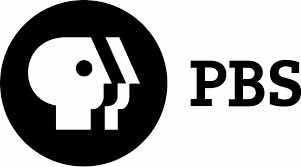 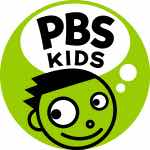 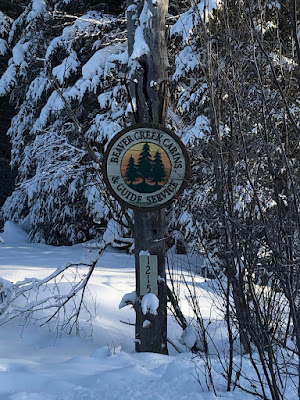 On February 2nd, everyone’s favorite groundhog, Punxsutawney Phil, came out of his burrow and did not see his shadow. What this means in the meteorological world of forecasting is spring will come early. Yeah, right..... 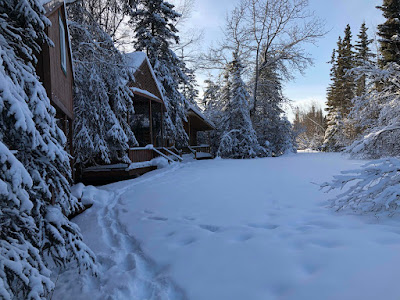 Phil the Prognosticator believes it's going to be an early spring. Based on this year’s snowfall, I’m a bit skeptical. 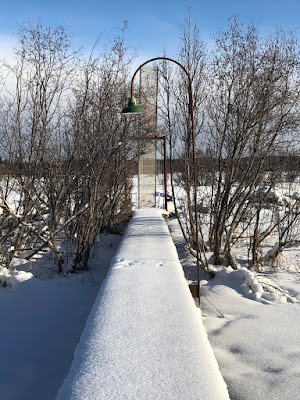 I do hope Phil gets this right. I’ve been looking at the spring tide cycles and the best tide to float the dock out is April 20th. 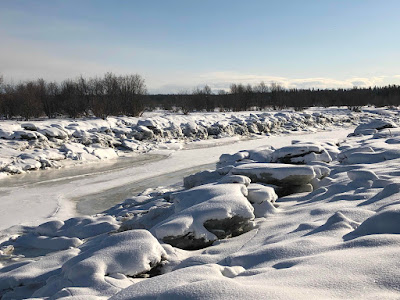 That's if all the ice is gone from the creek.
Overall, it’s been a mild winter on the Kenai Peninsula. Not many days have been below zero. It could be a lot worse. At least the Polar Vortex that has gripped much of the lower 48 has escaped us.
In the meantime, I'm going to enjoy what is left of winter (what else can you do?). We're gaining 40 minutes of daylight a week right now so in due time it will be over.