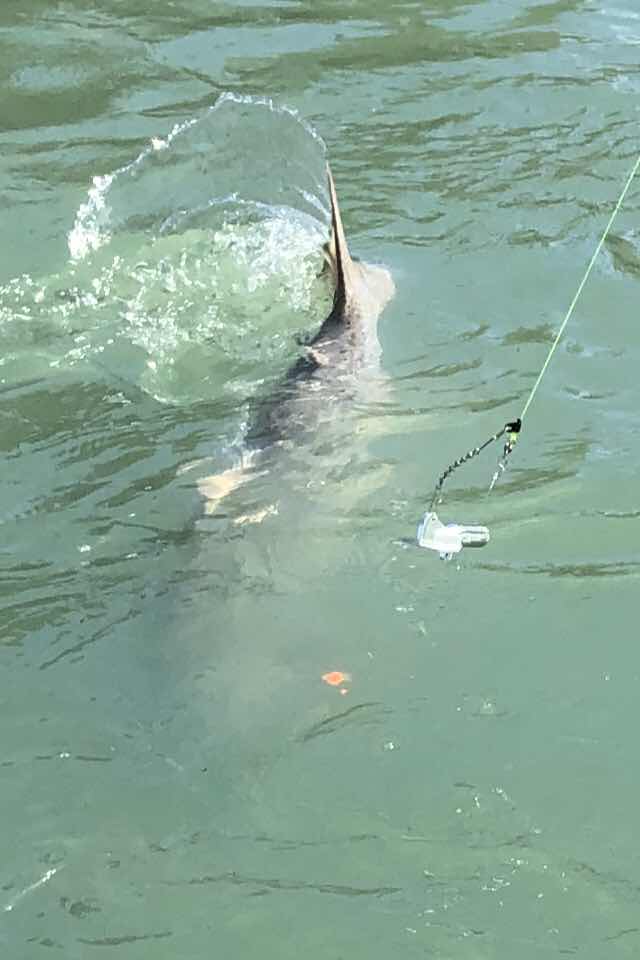 I fished the river twice this past week. On the first trip, we landed two king salmon. The second, none. Besides the river, I also spent a day fishing the saltwater out of Homer. 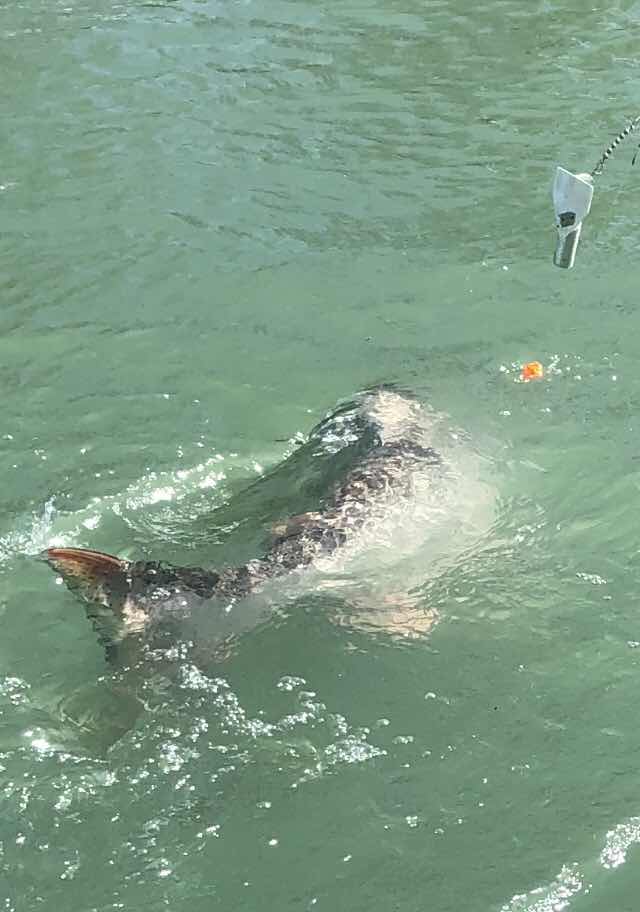 I ran into a friend of mine, Noel, at our local Home Depot store. It was rare to see him in May. I told home my boat was on the dock and it's just waiting to be used. I said “if you have the time, call me and we’ll go fishing.” 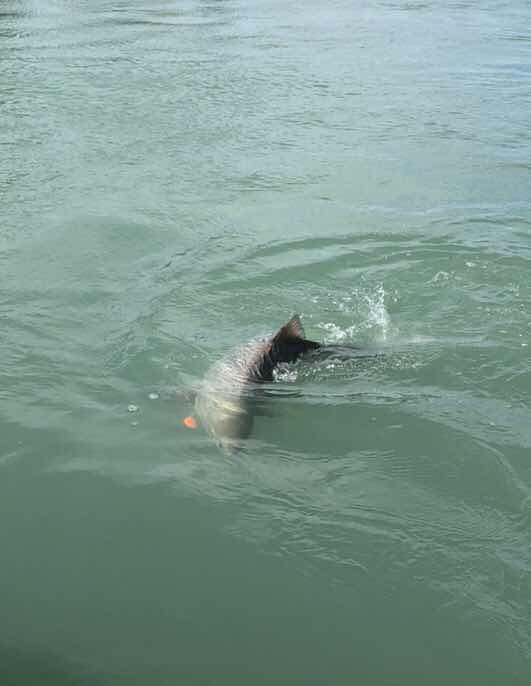 A couple of days after our encounter, Noel called and said he had a small window to get out and wondered if a couple of friends could join us. Sure, the more the merrier. We agreed on a time and Noel showed up with Don, Shawn, and Risto.
Before we could get all of our lines in, Noel has a take down. Unbelievable. There's no question that was the fastest bite I've ever had on a first trip of a season. What happened next is also unbelievable. Noel has caught more than his share of Kenai kings, so he graciously let the new guy, Shawn, take the rod. It was a nice 10lb salmon and it was released unharmed (the Kenai River is currently under a catch and release emergency order until July 1st). 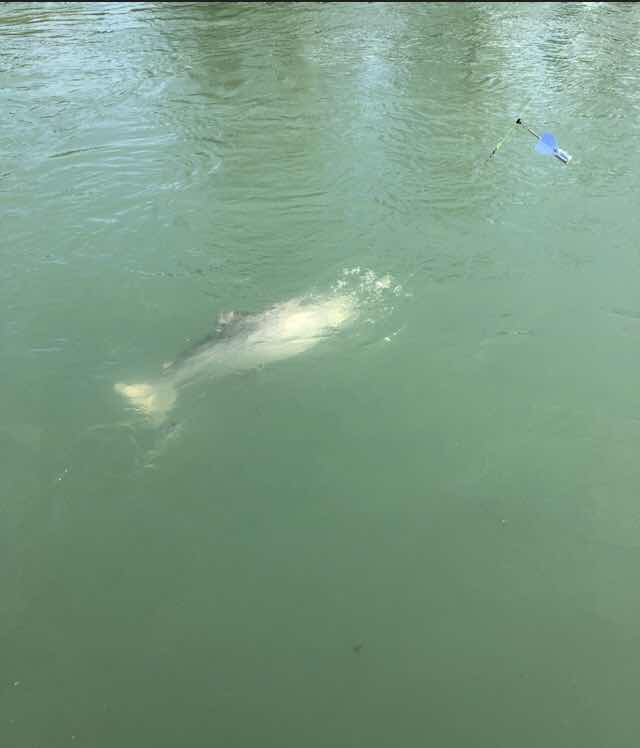 Two trolls later, Noel's rod goes off again. Once more, he lets Shawn reel in the fish. My English teacher would kill me for the words that follow, but that was doubly unbelievable of Noel. After a nice fight, a beautiful 30lb salmon was caught and let go. 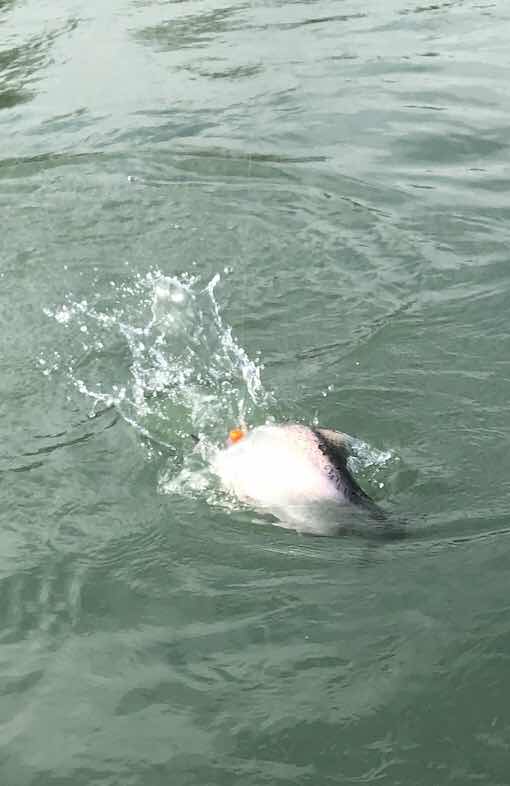 We trolled a few more times, swapped a few more stories, and then it was time for Noel and his crew to leave. 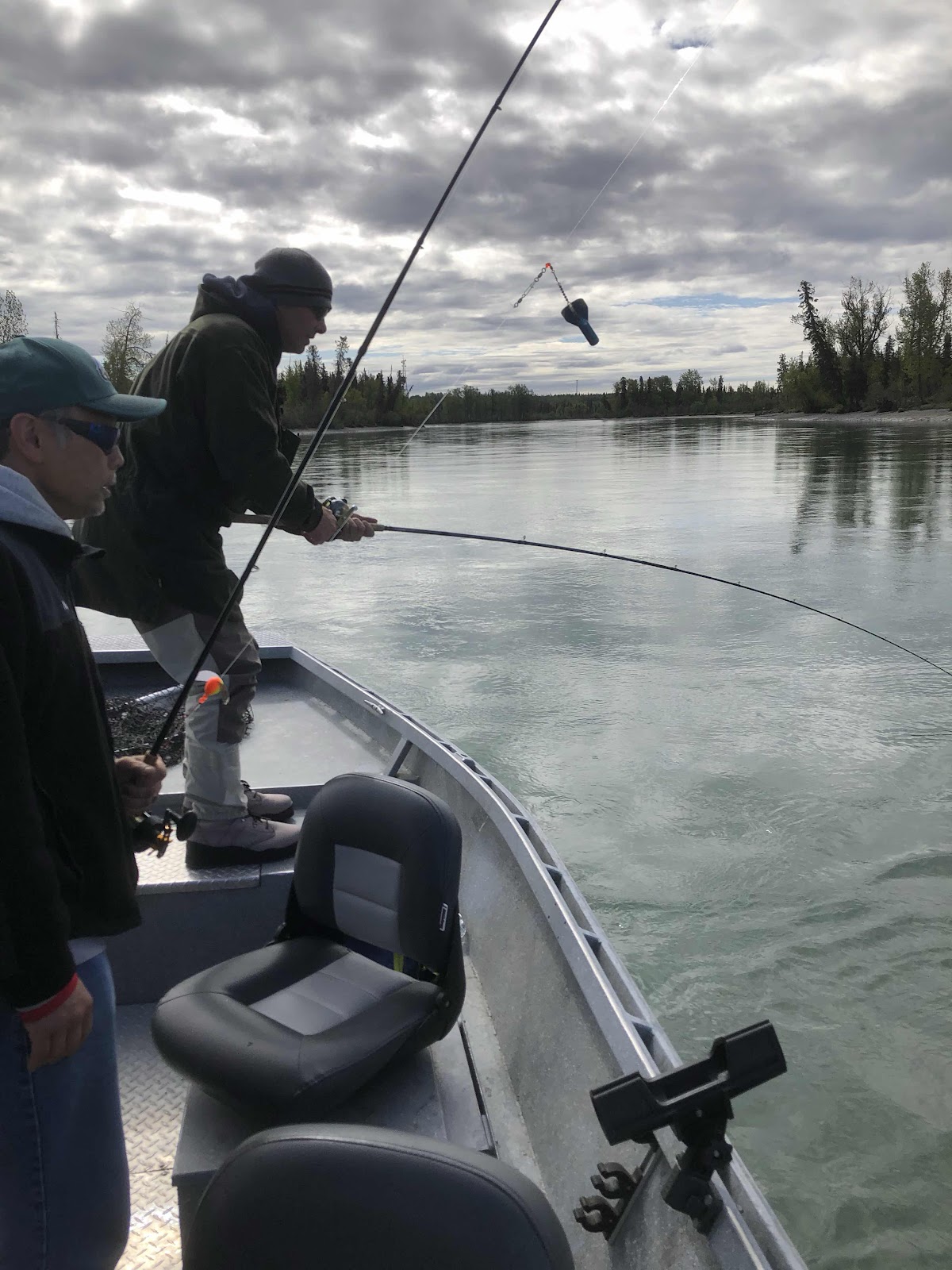 Here's Noel in the foreground coaching Shawn on how to fight a fish. 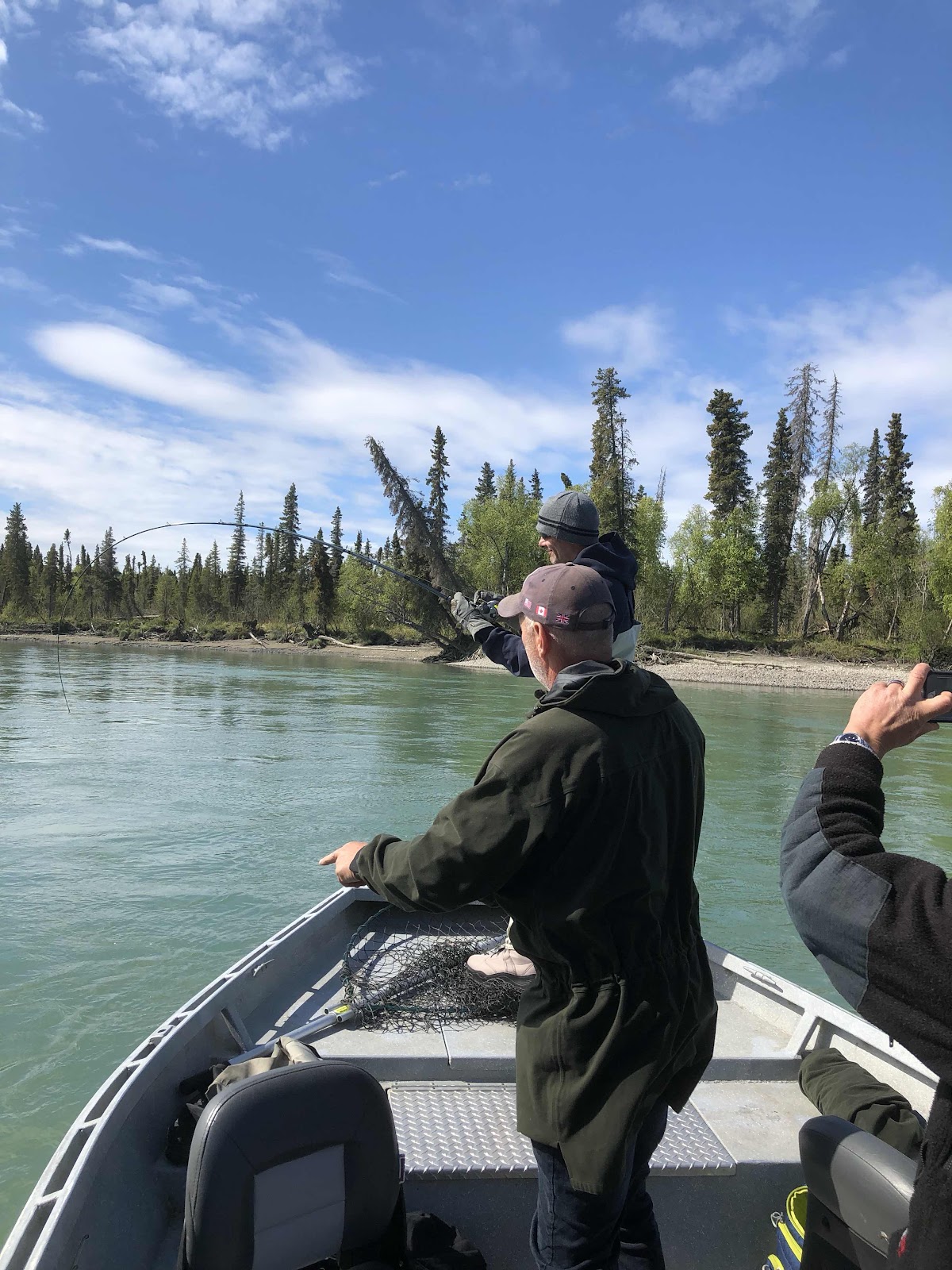 Don wasn't shy and “pointedly” offered his advice to Shawn as well. Overall, it was a tremendous way to kickstart the 2019 fishing season and a day I won’t forget.

Still euphoric from the previous day, I really wanted to get back out on the river to see if the bite was still on. My neighbors, Mack and Carol, had planned to fish the saltwater, but bad weather changed their plans. I asked them if they wanted to join me on the river to see if yesterday was a fluke or if it was the beginning of a strong run. Well, to put it bluntly, the streak is over. We fished for a couple of hours, and when it started to rain, we decided it was time to pack it in. On a positive note, we did see another boat catch a fish, but it was clearly not a “hot bite”.
I also had the opportunity to fish Homer with my old buddy Boo Kandas of Tall Tale Charters. Boo needed to get his truck and boat trailer down to the "Halibut Capital of the World" and said I could go fishing with him if I would give him a ride back to Soldotna. Would I? You betcha. 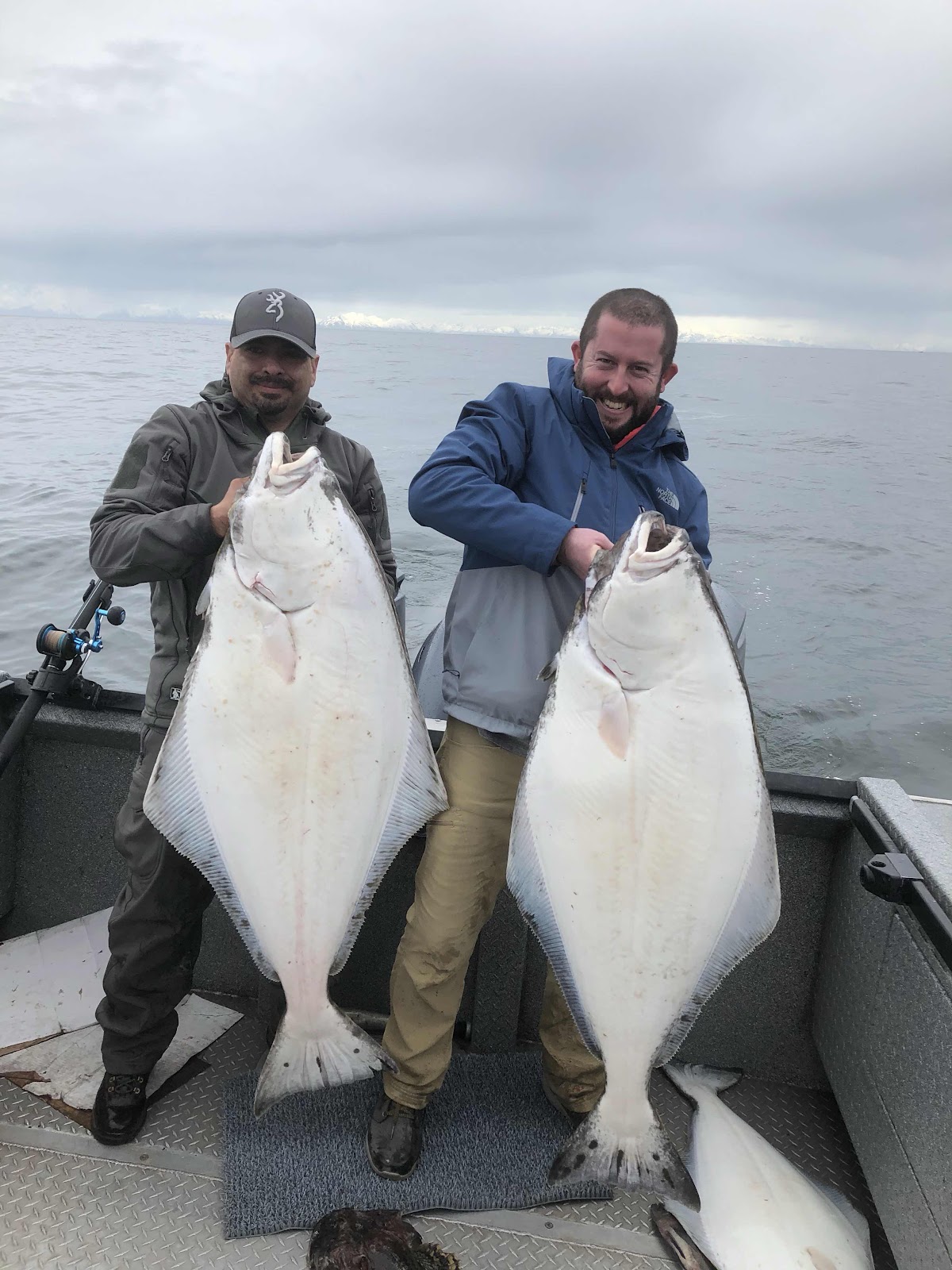 I would describe the fishing as "just okay". However, the halibut we caught were of exceptional quality for spring. Normally, we catch a lot of fish in the 10-25lb range. The fish in the photo above were a pair of 45lbers. 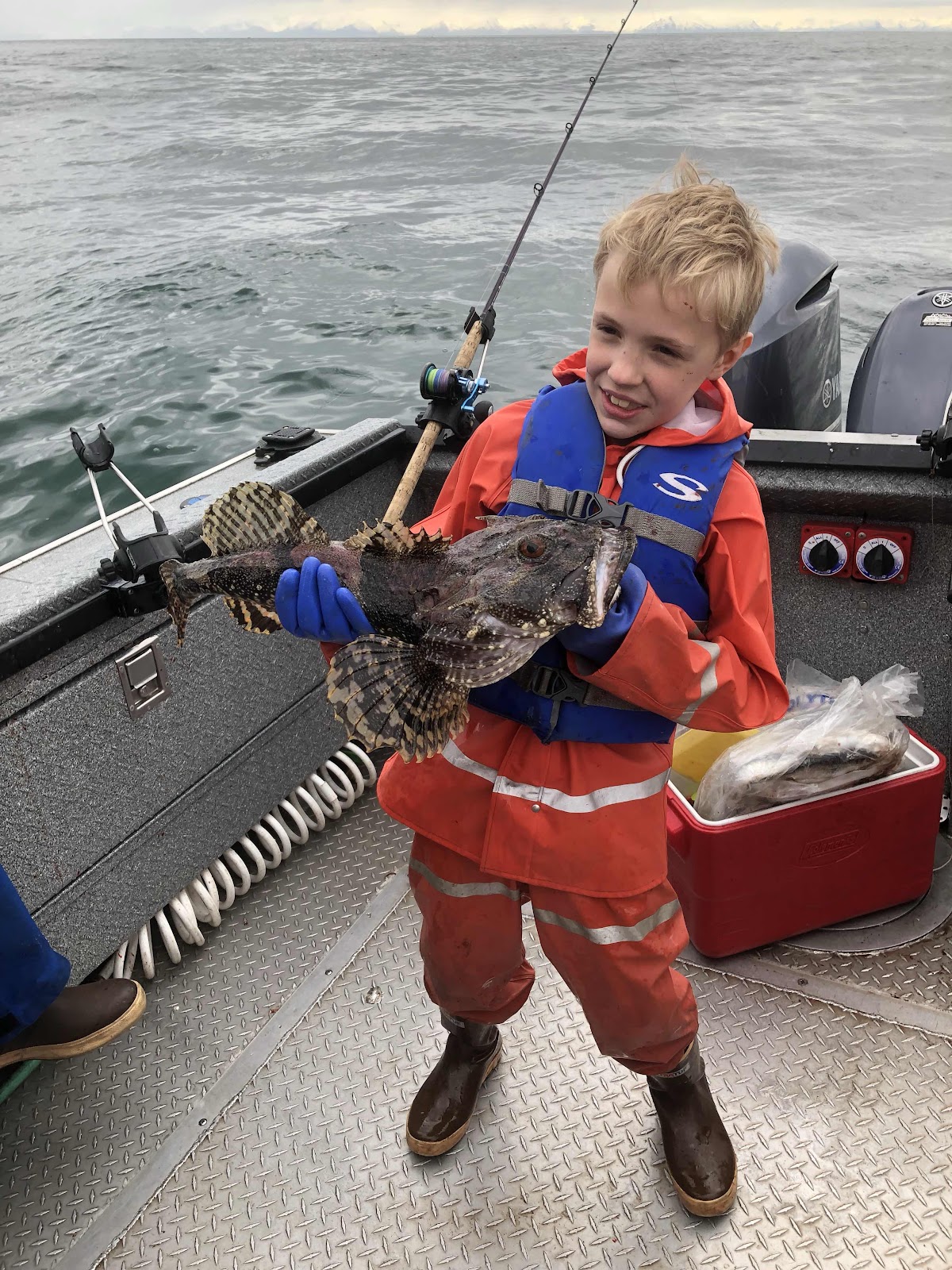 Part of the fun of saltwater fishing is catching a mixed bag of fish. Here's Oliver proudly holding an irish lord. 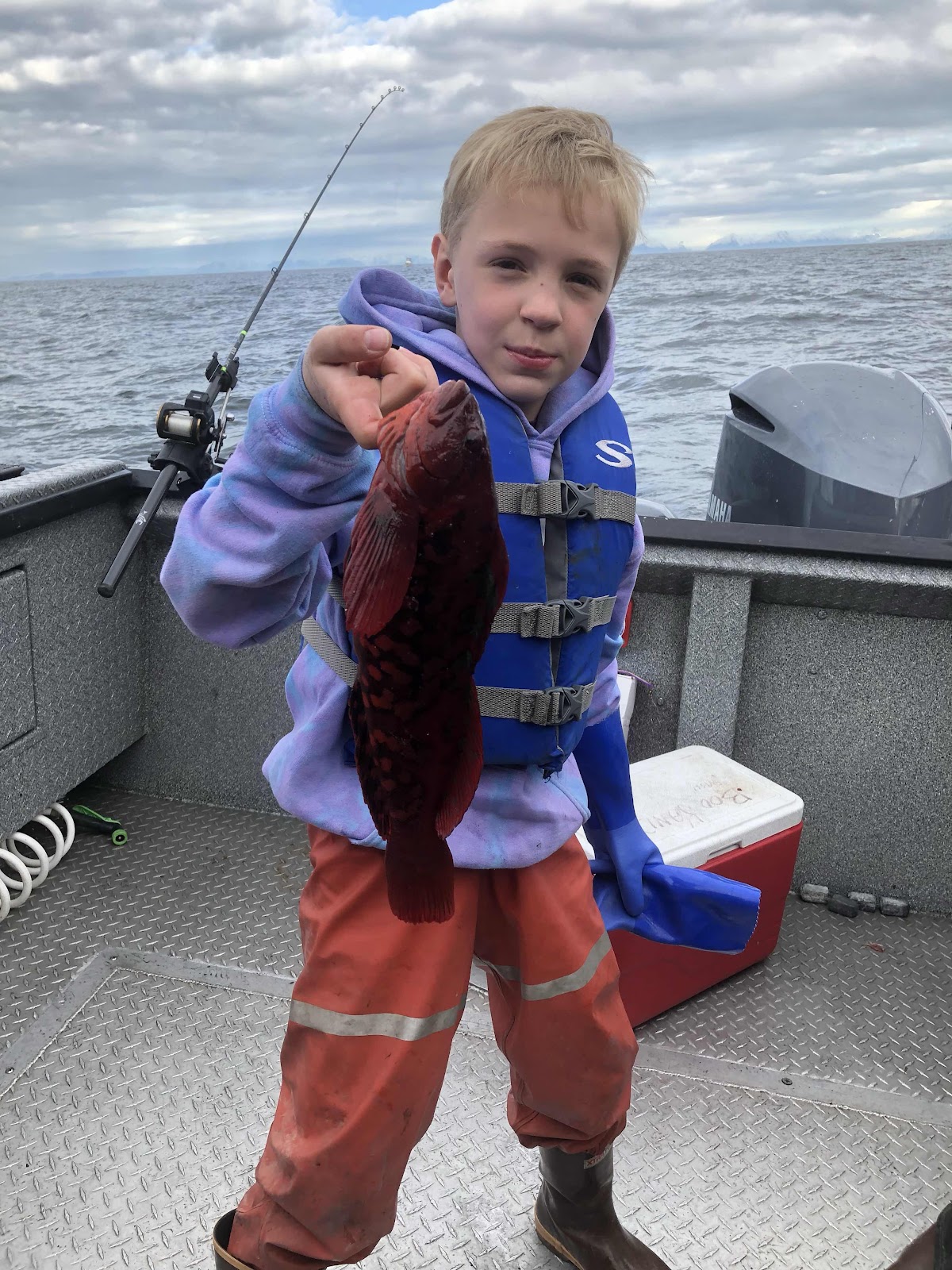 Here he is with a kelp greenling.

For the week ahead, the only thing I have on my schedule is to spend as much time possible with my sister, Heidi, and my cousin Robin. They are both traveling from Minnesota to spend the week with Jane and I. I'm not sure we'll fish, but a river tour will definitely be on the agenda.

Happy Memorial Day. If you see a vet, thank them. Heck, thank them every day. 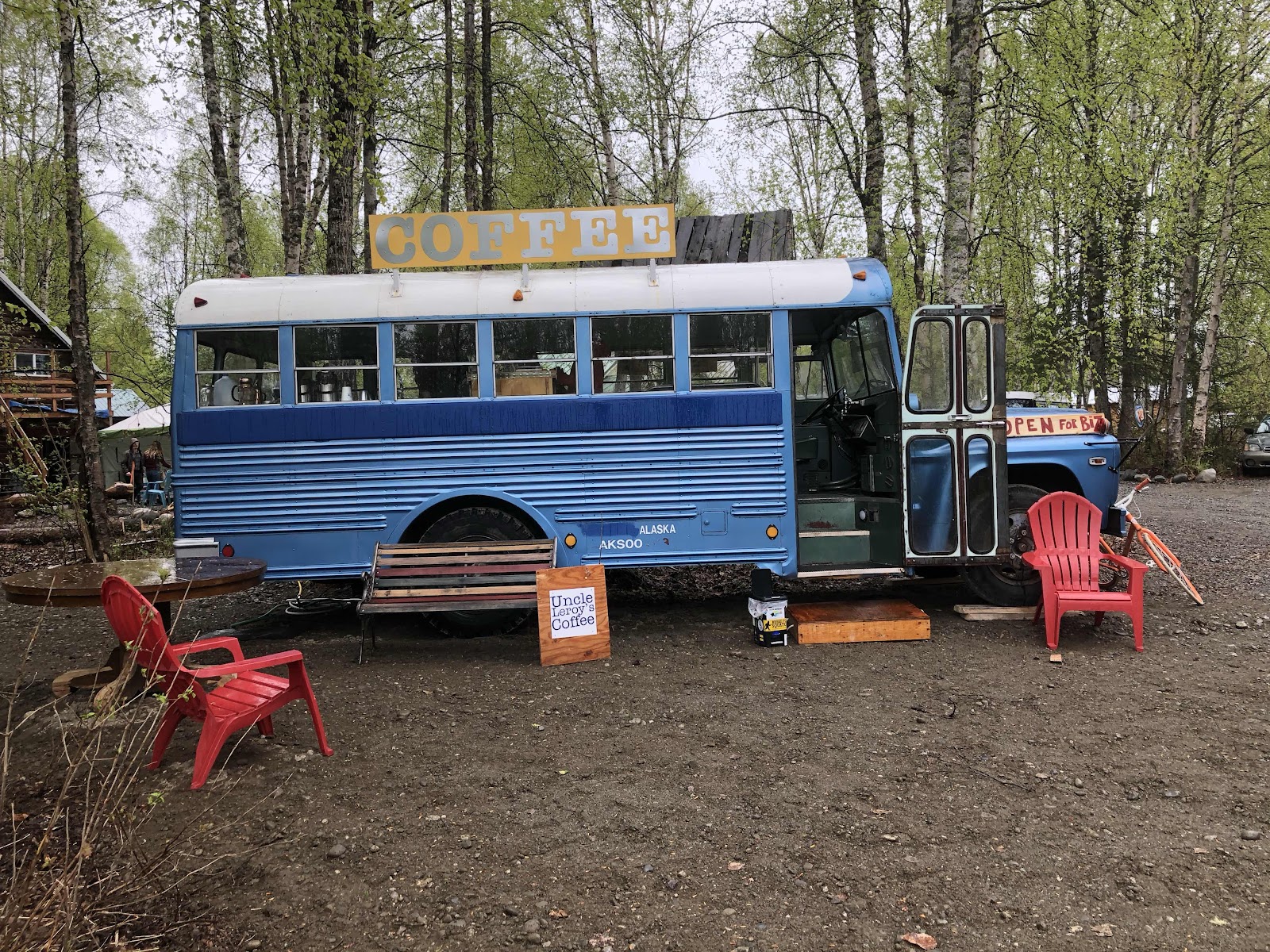 Before our weekend in Seward, Jane and I headed north to Talkeetna. The purpose was twofold: to attend Kiana Schorr's high school graduation party, and to see the new adventure that my son is involved with.  After working for Showdown Productions/Shirt's Up since he was in college, Mac decided he wanted to be his own boss. Along with his girlfriend Madison, they've opened Uncle Leroy's Coffee Bus. In addition to the coffee business, they are also involved with VRBO rentals. This includes a house, a VW van, and an RV space.


If you are familiar with Talkeetna, their location is perfect. When you drive into the historic downtown district, they are on the left, next to the post office. 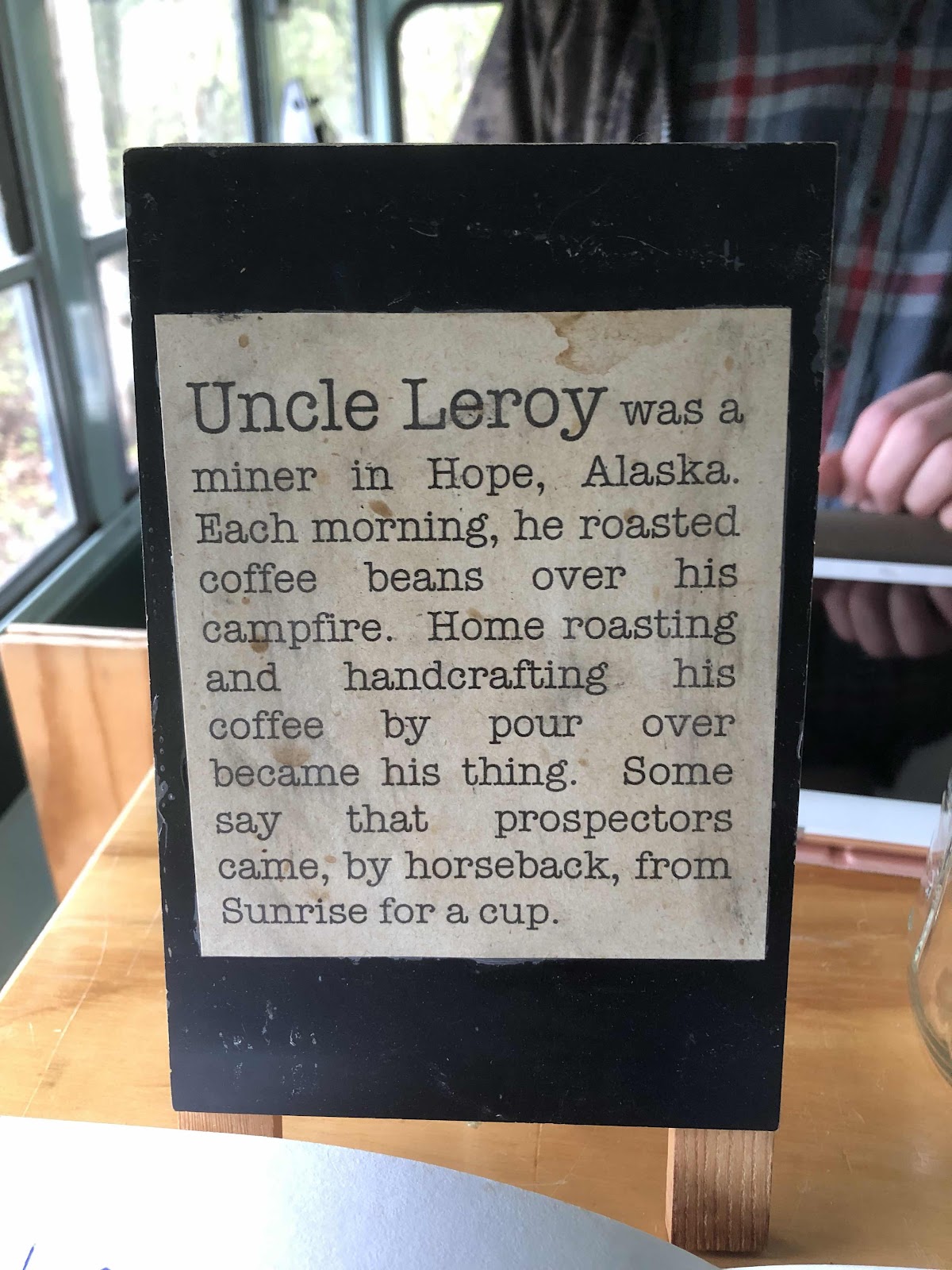 They've been up and running for a couple of weeks now and every time I talk to Mac he says the coffee business has been great. This weekend starts their first VRBO adventure. I hope your first summer is a good one!

See you next time with a fishing report... 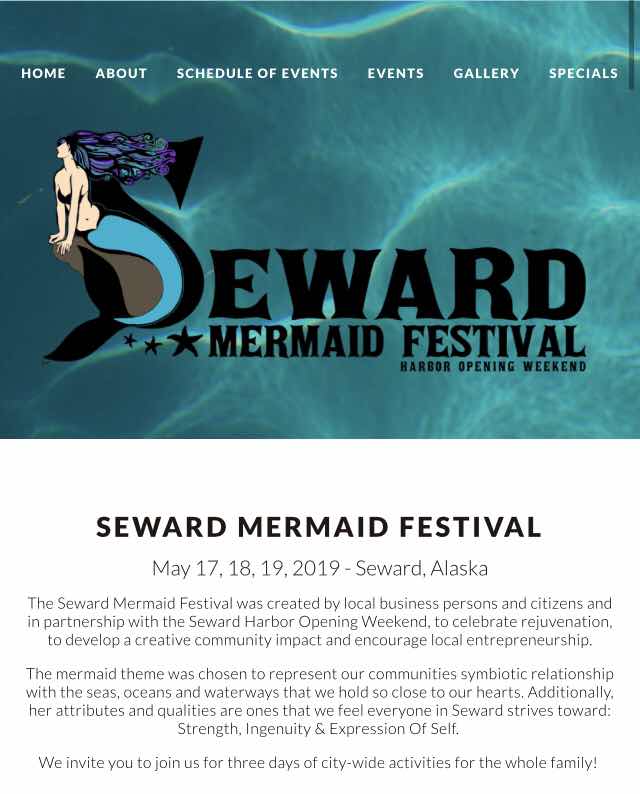 This past week, Jane and I carved out a little time from getting the cabins ready to take a small road trip. We try to do this every year before our season gets underway. The two things we need to agree on are when can we go, and where do we go. Our neighbors, Ron and MJ, have talked to us about attending the Seward Mermaid Festival and Boat Harbor Opening.  It’s a three day festival of pub crawls, live music, made in Alaska vendors, and food trucks. With travel trailer in tow, we made our way to Seward. 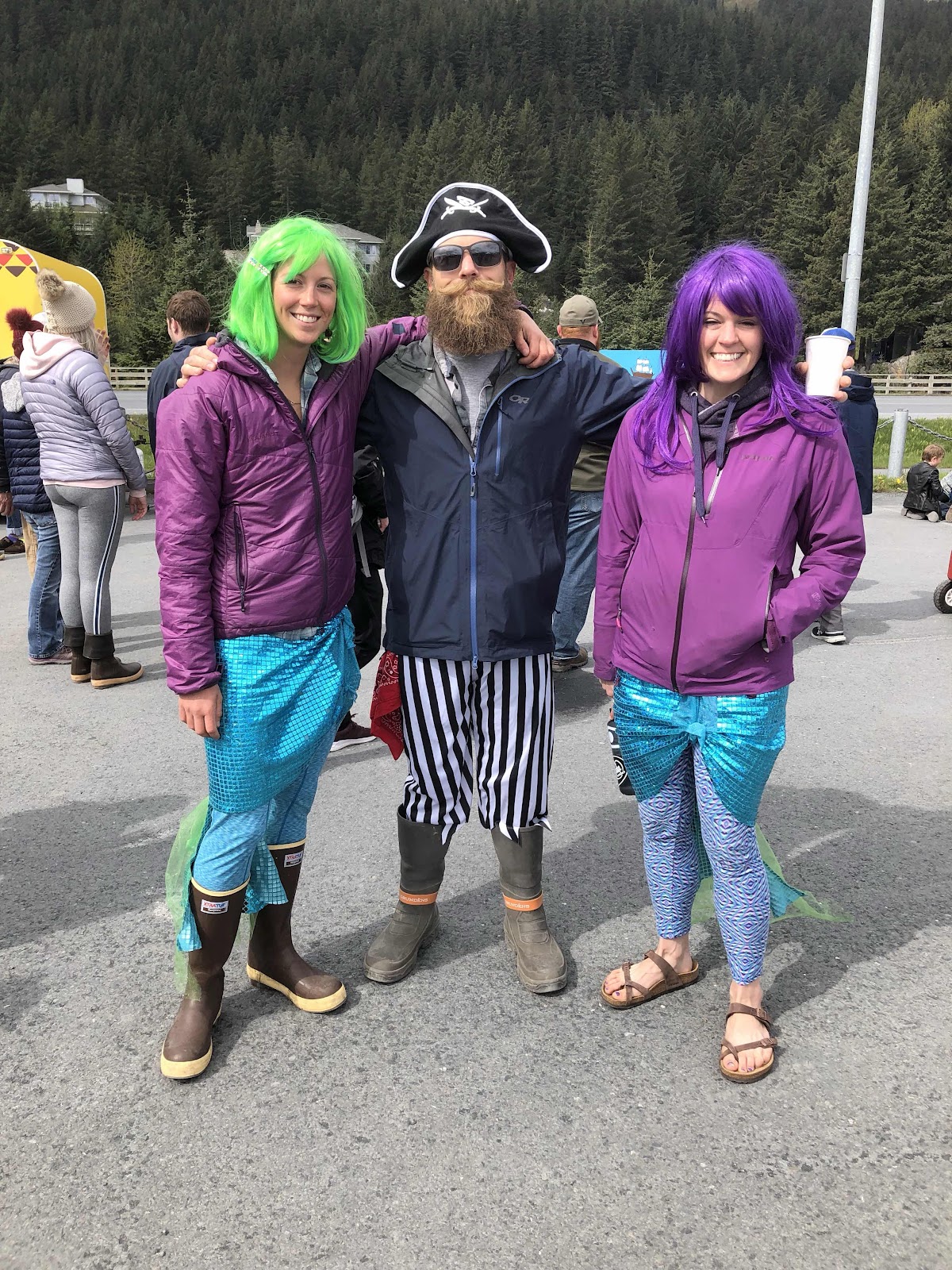 It’s a relatively new festival. This year is the third year, and the locals say it’s only getting bigger and better. I know it didn’t take long for us to feel a certain synergy the event has with the community. It’s embraced by young and old and several hundred of the best behaved dogs in the state. 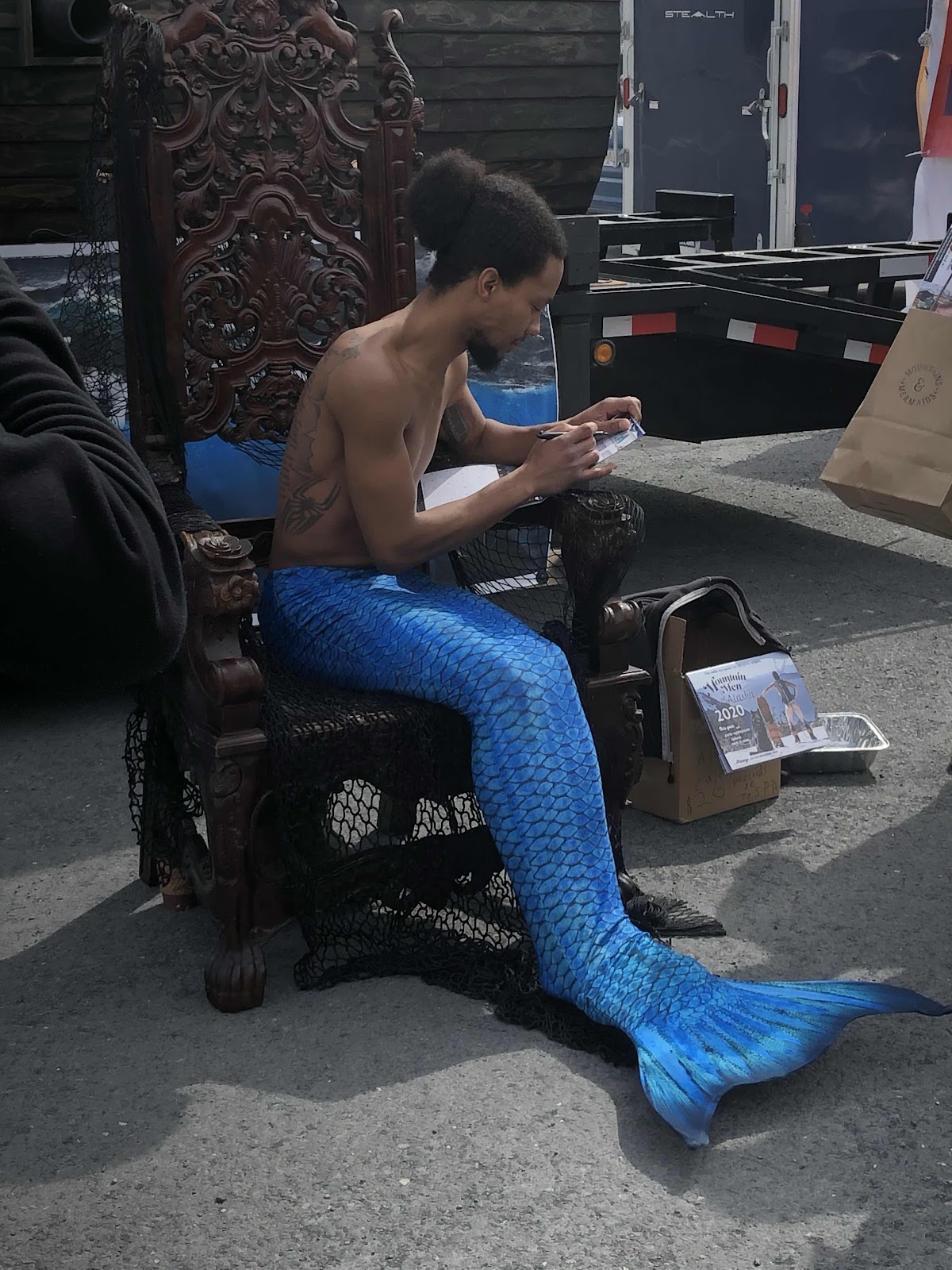 Not only did we see pirates and mermaids all day long, a one of a kind merman was available for photos and autographs. 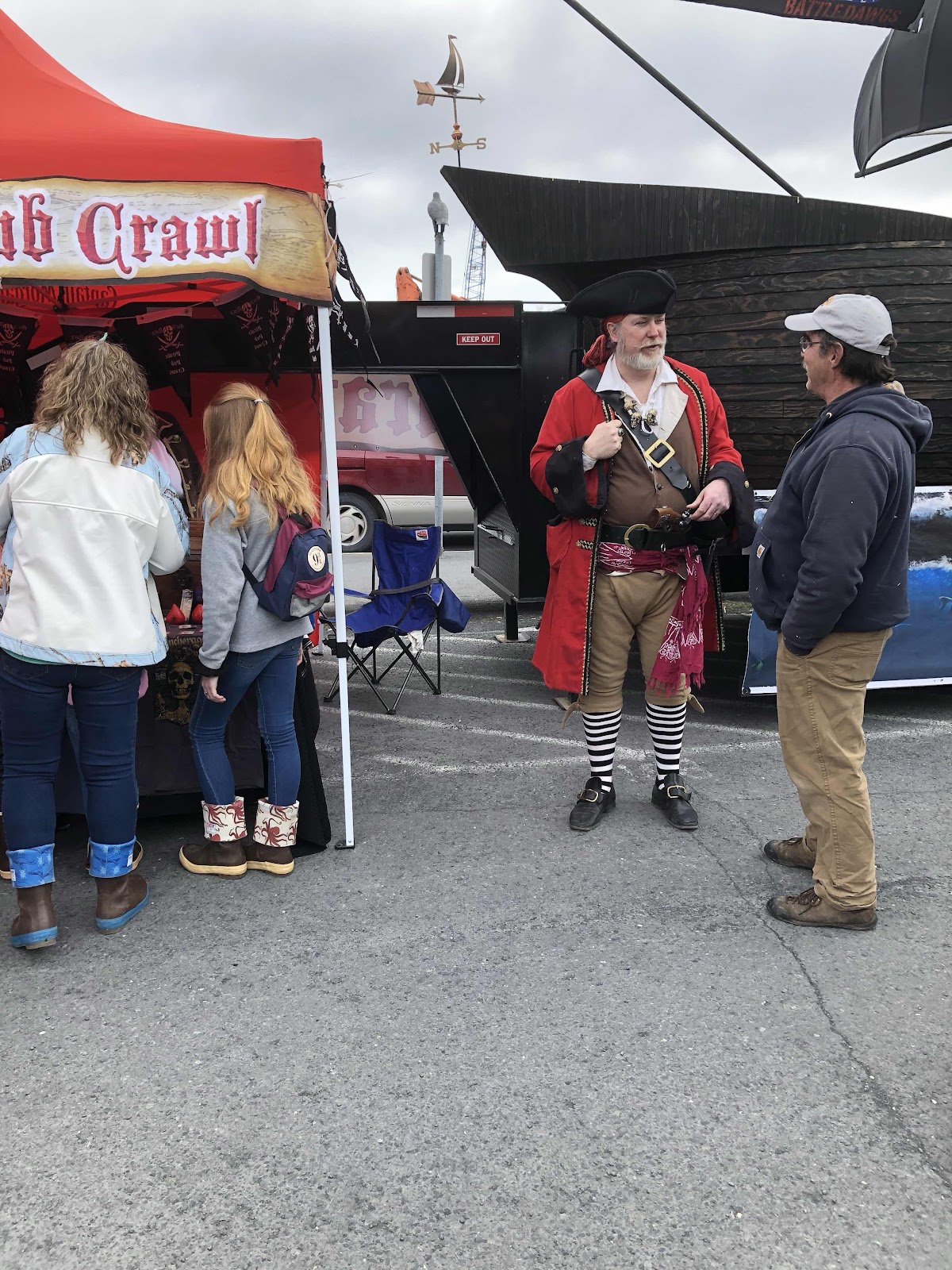 What's the ad campaign again? Got a little Captain in you? Methinks he has a lot of Captain in him... 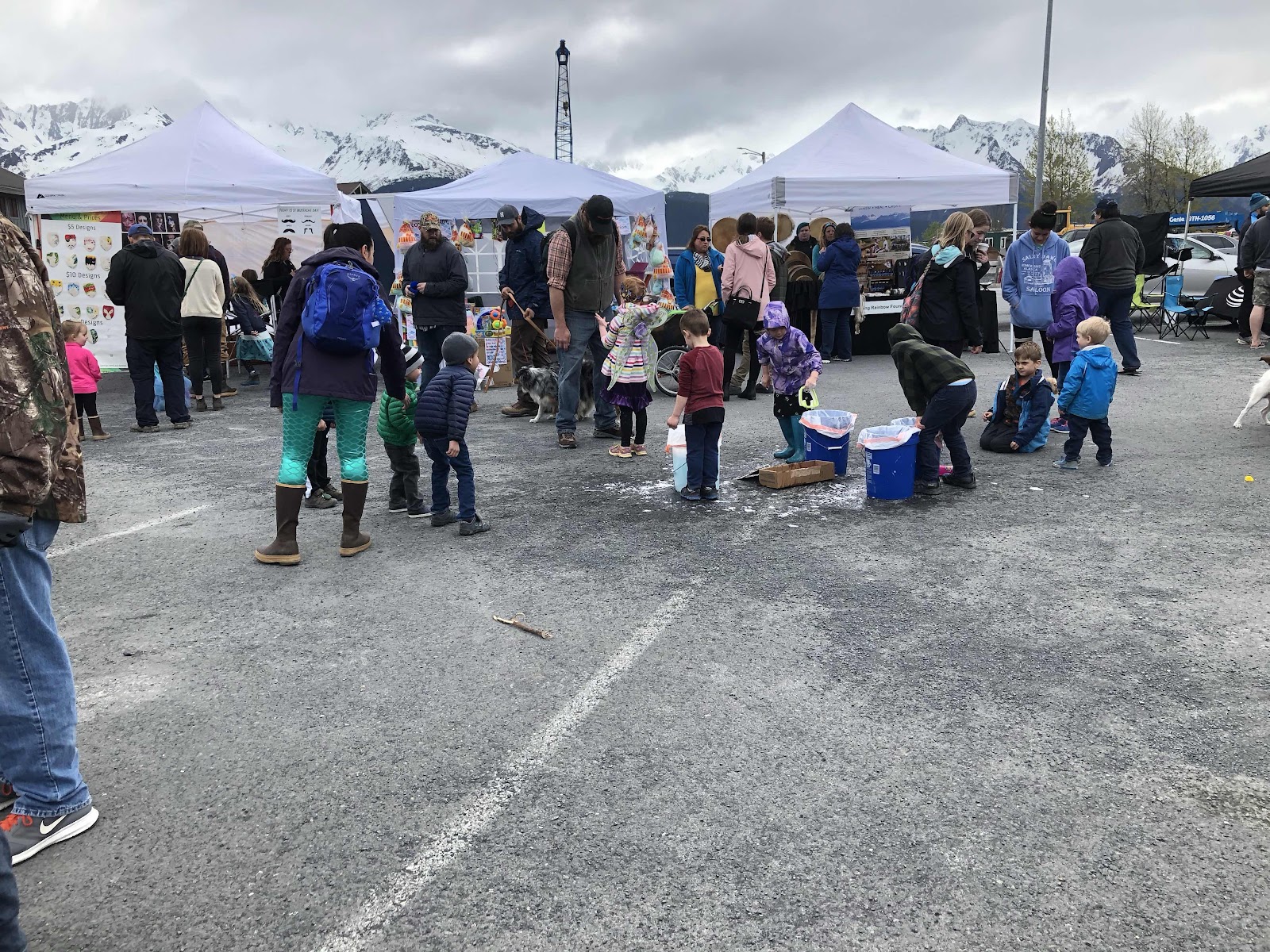 Lots of families came out to enjoy what the vendors were offering. I'm not sure whose idea it was, but there were several buckets of soapy water sitting out for kids to blow bubbles whenever they wanted to. Best day ever! 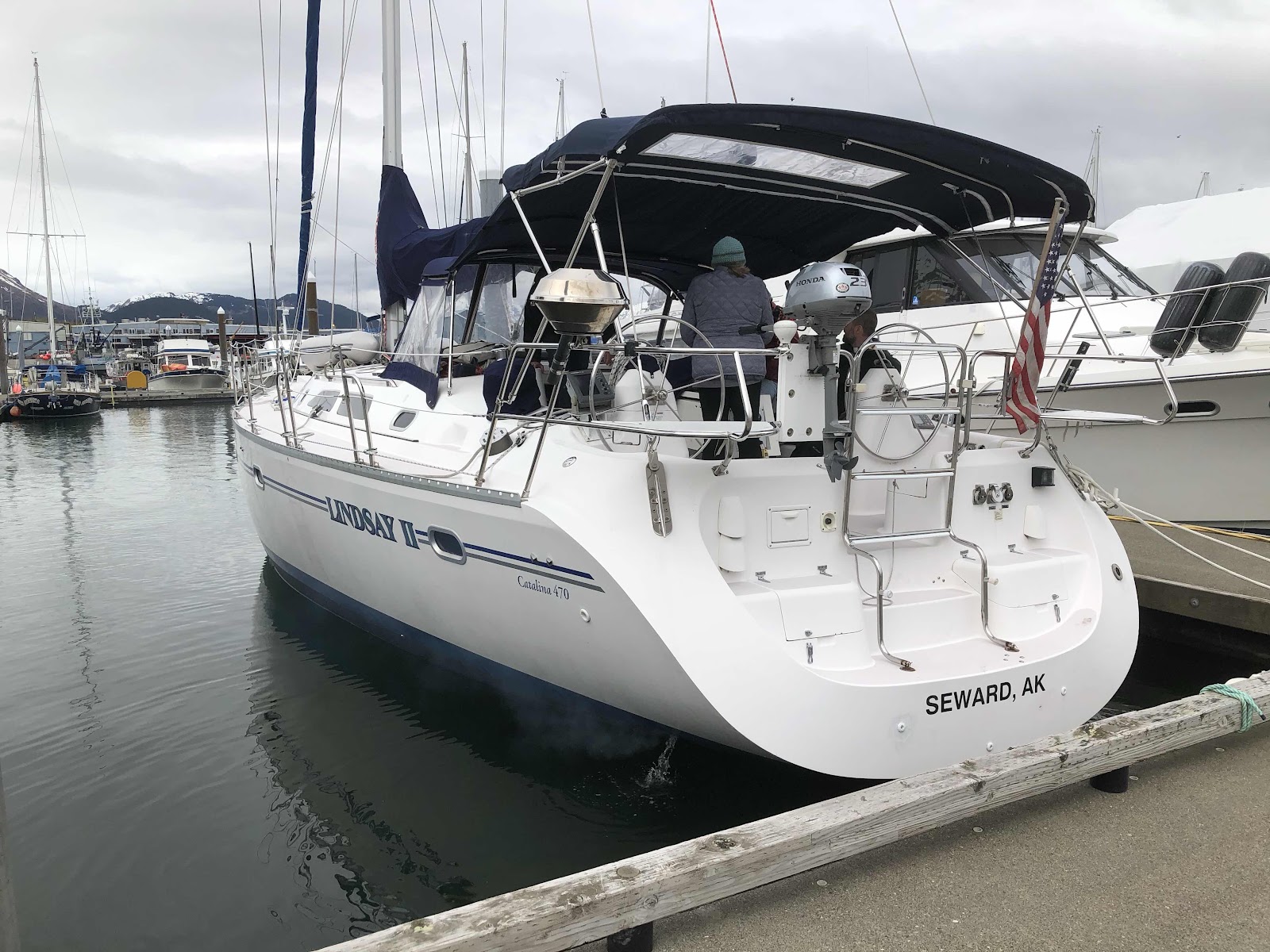 Ron and MJ have kept a sailboat in Seward for the past 18 years. Our trip was not only because of the festival, it was also to hang out with them. We got together mid day to listen to live music. When the final band of the night came on and started to play club music (we are several generations removed from this demographic) they turned to us and asked if we wanted to be in the boat parade/blessing of the season. Are you you kidding me? A chance to take a boat ride in the bay? It was very unexpected, and instantly became the highlight of the weekend for us.
Our parade route was from the harbor to the Sea Life Center. The most fun was cruising by the RV park blasting our air horn to the kids that gathered on the beach. Perhaps they thought we would travel close enough to them to throw candy, but a traditional parade this was not. After our boat ride, we had dinner, bid our neighbors farewell, and in the morning headed back to Kenai. Thanks Ron and MJ for a terrific weekend. We sure hope to do it all over again next year. 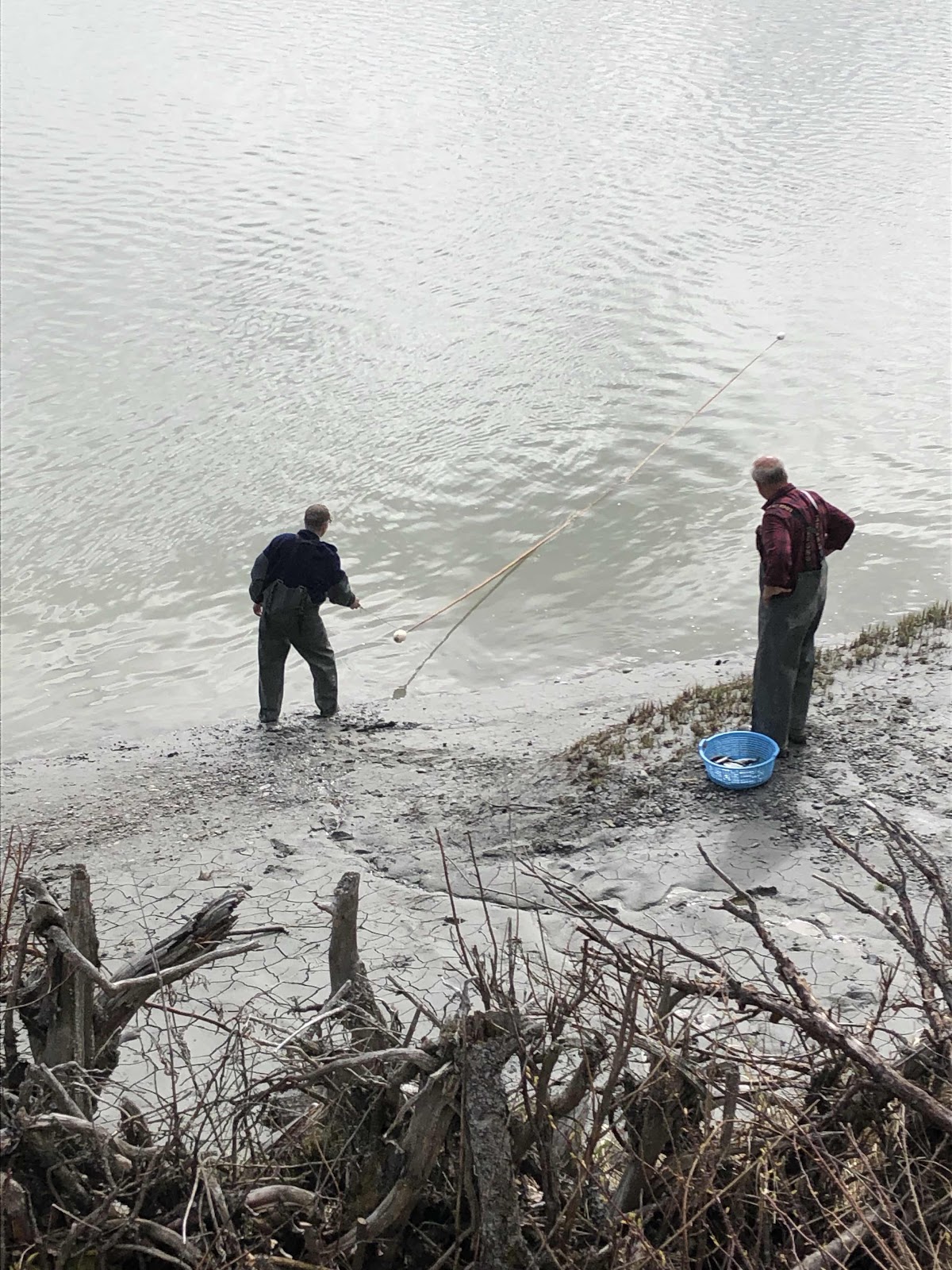 Hooligan. Eulachon. Candlefish. Whatever you want to call them, these small, silvery fish are now entering the fresh water streams of Alaska to spawn.  No one has ever estimated the size of the pacific run of hooligan, but I would guess whatever comes after a gazillion would be about accurate.

The spring run of hooligan usually coincides with the return of salmon. Like salmon, hooligan are anadromous and return to their natal stream to spawn and die.  Based on the number of people netting the smelt-like fish, I would say that the 20 Mile River in Upper Cook Inlet has the strongest run. The Kenai River might be second. 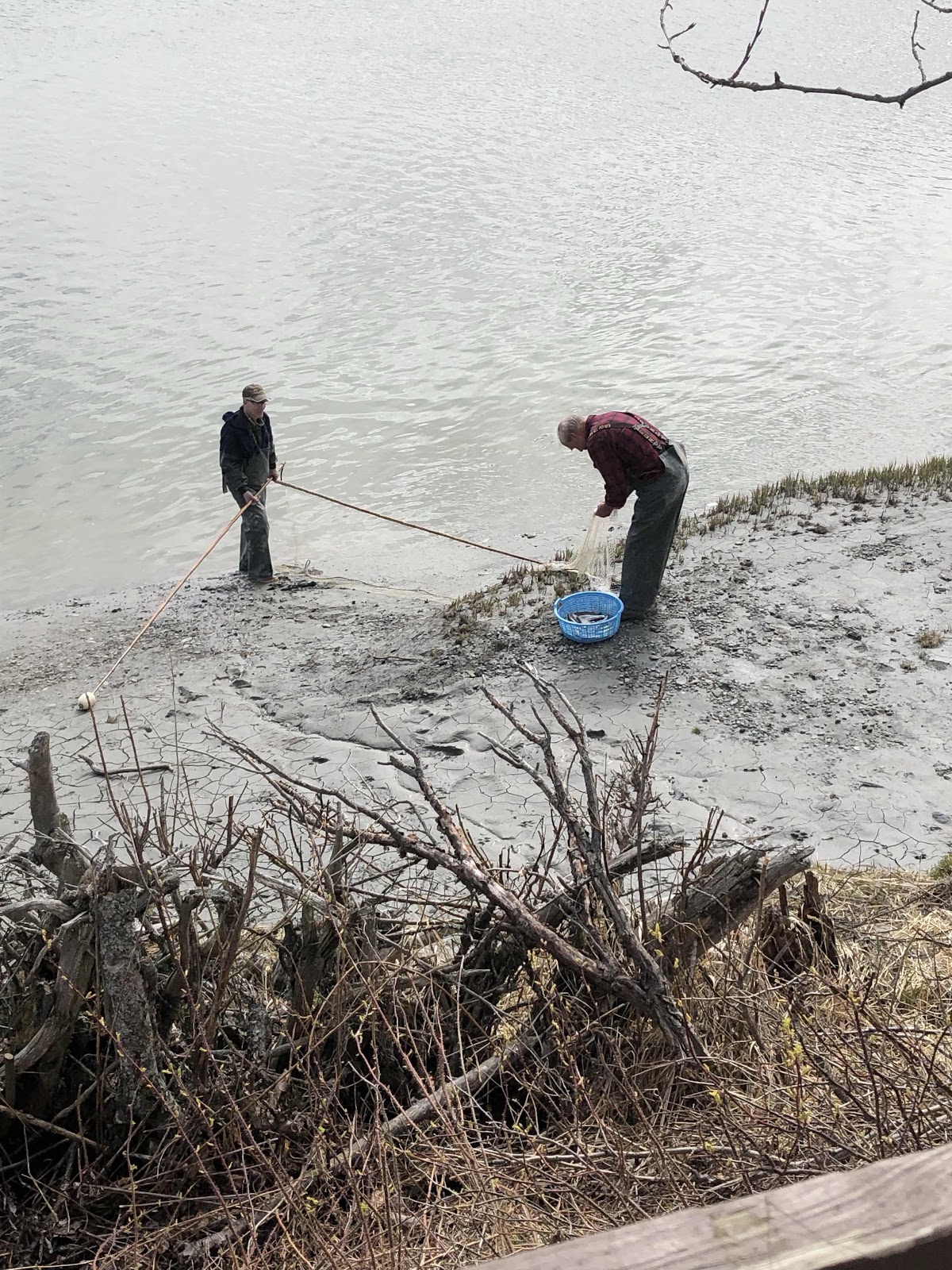 Recently, I was at Cunningham Park and watched two guys catching hooligan with a gill net. I've always used a small dipnet when I've harvested hooligan. My harvest has been for bait, not consumption which is why most people do it. Anyway, this was the first time that I’ve watched a gill net in action. From what I observed, it's simple, effective, and best when it’s a two person operation. 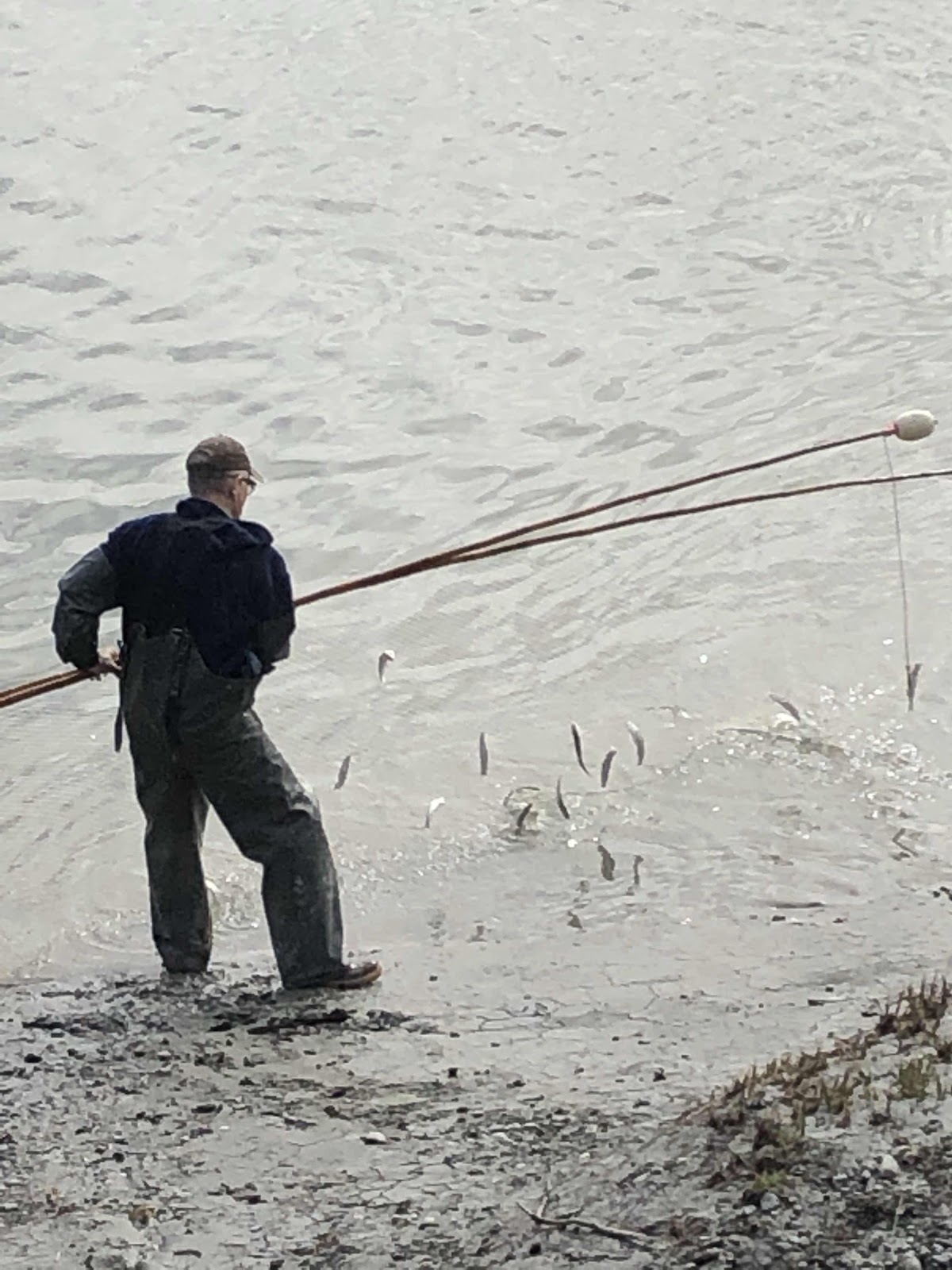 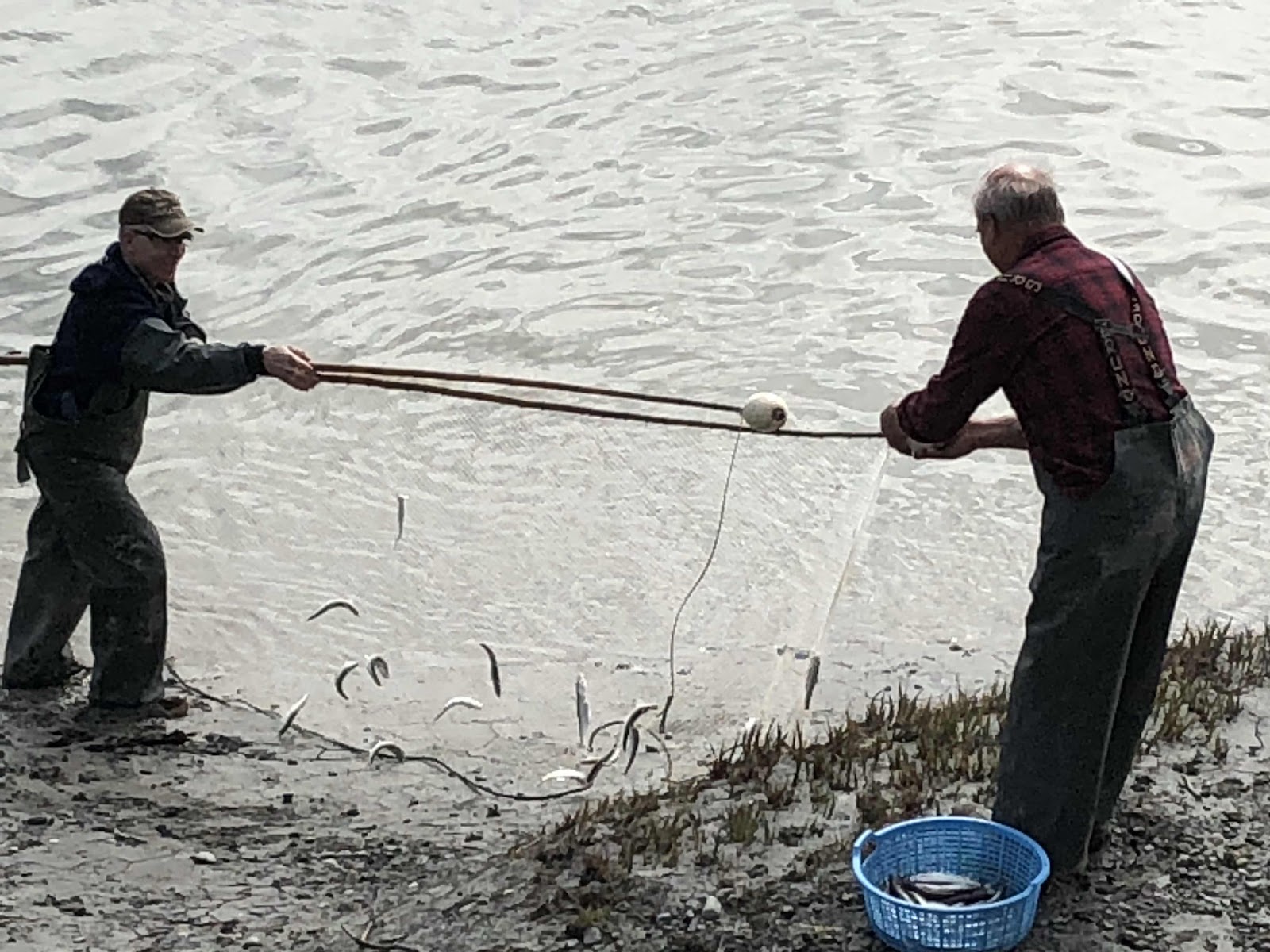 When the gill net is parallel to the river bank, the operator pulls the net in and swings it to the second man on shore. The gill net is picked and the hooligan are placed in a basket. To summarize: push the net out, let it drift, pull it in, pick, then repeat. 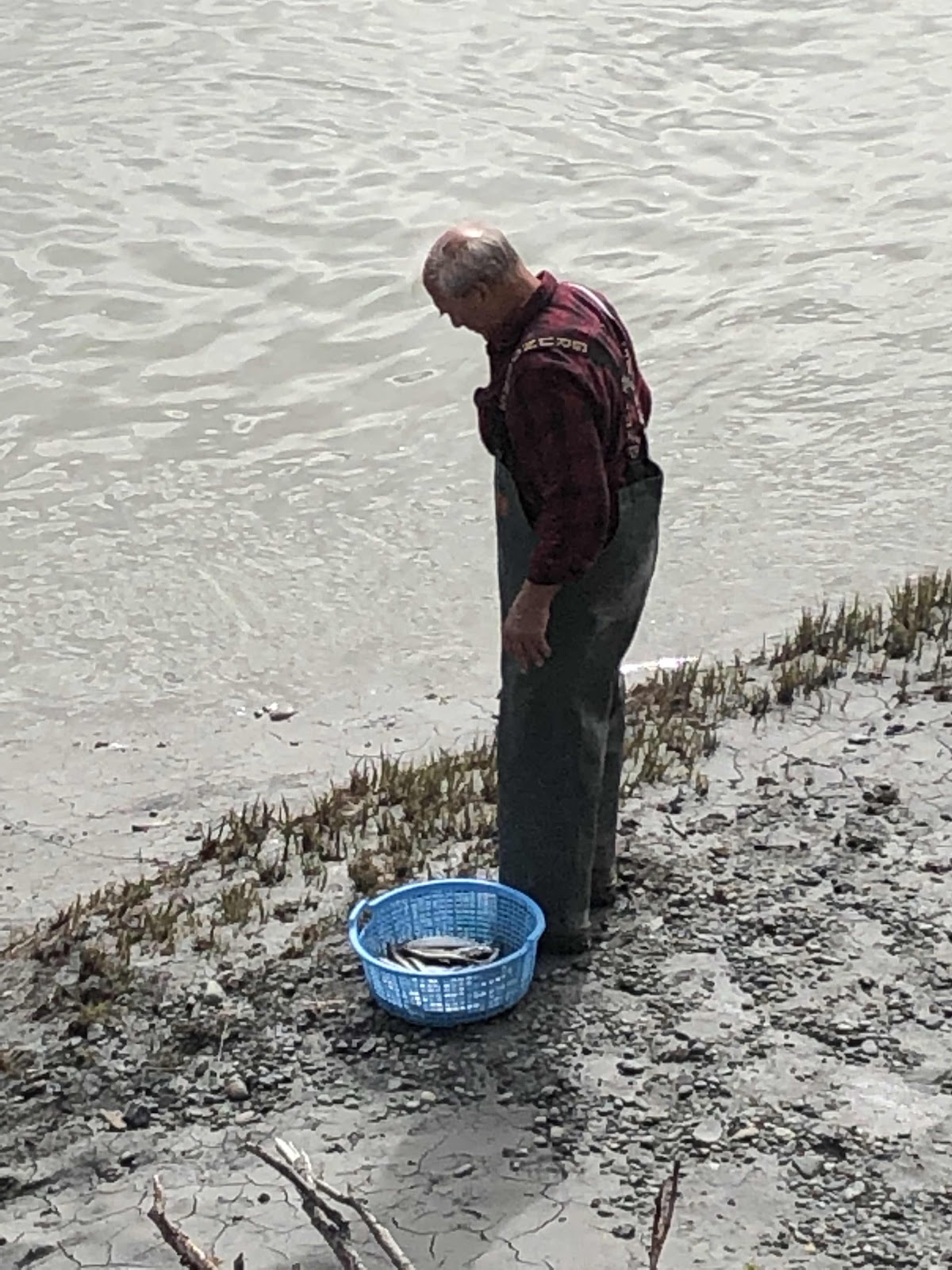 When the hooligan are running, it doesn’t take long to get all you need. 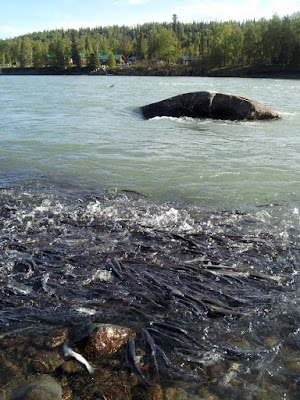 And when they’re in, they’re really in. Gazillions. 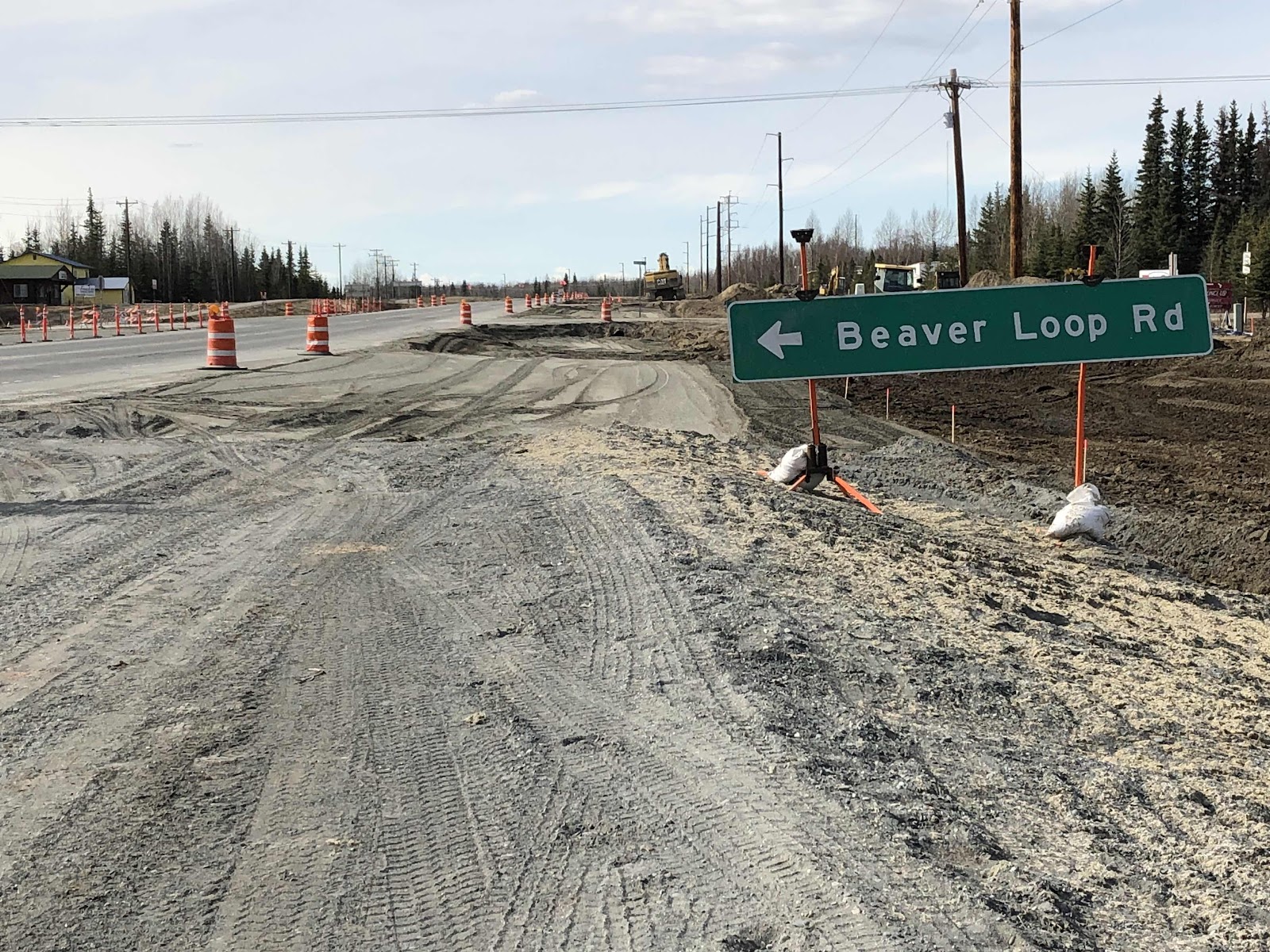 Often, a phrase or saying is attributed to a person when in reality it was never said. Here are a few examples.

“Me Tarzan, you Jane”...Johnny Weismuller aka Tarzan

“I can see Russia from my house”...Sara Palin

“We'll have the roads done before the salmon run”..Alaska DOT Commissioner 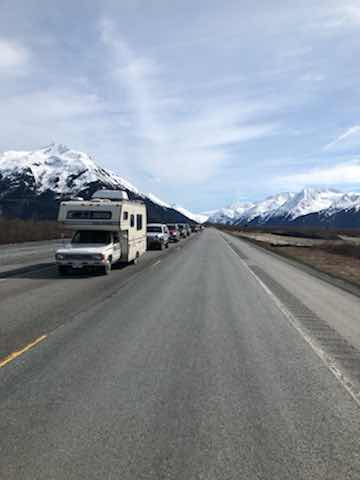 If I can give you one piece of advice, it’s to be patient this summer while driving the highways of Alaska. Currently, there are five different road construction projects from the Anchorage airport to Beaver Creek Cabins in Kenai. 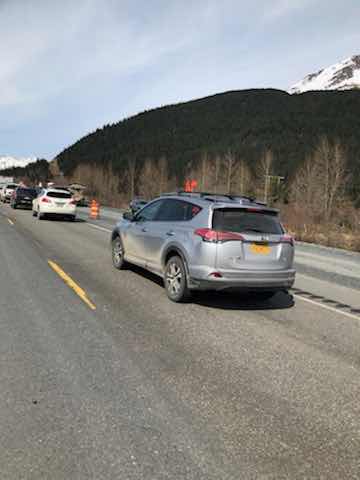 The delays can be significant. There is only one highway to and from Kenai. An established detour around a construction site is impossible. Because of this you can expect complete stops and pilot cars escorting you through the zones.  On a recent trip, the usual 2 1/2 to 3 hour drive took me nearly 4 hours. 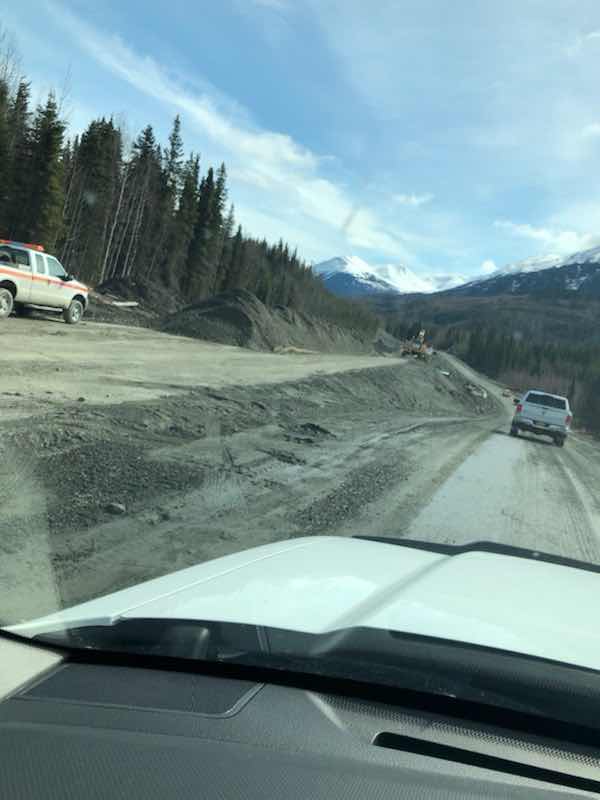 Drive times will be changing as summer progresses. Hopefully, they’ll get shorter and not longer. Since I won’t be giving highway updates on the blog (sorry, the river will be calling) the best place to check for current construction zones is Alaska Navigator.

In the meantime, be patient. It will all be here when you arrive.


Posted by Beaver Creek Cabins & Guide Service at 7:38 AM No comments: