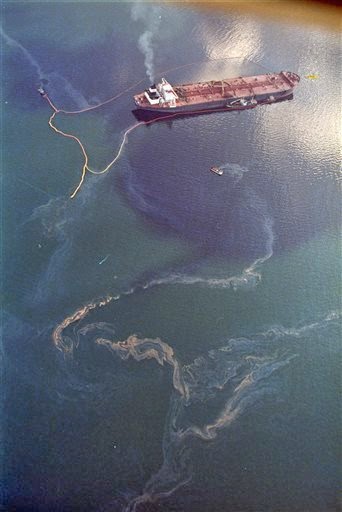 I haven't checked the Discovery Channel listings for the week ahead but if they have any programs about Alaska I'm sure it will be called "Disaster Week".     We all know Alaska is a big state, but this week we are celebrating two big anniversaries that many people would like to forget:  the 25th anniversary of the Exxon Valdez oil spill, and the 50th anniversay of the the "Great Quake."

On March 24th, 1989, the oil tanker Exxon Valdez ran aground on Bligh's Reef. Nearly 11 million gallons of crude oil spilled into the pristine Prince William Sound.   If you talk to representatives of Exxon Mobil Corporation they will tell you that things have rebounded and recovered.  If you talk to locals they will tell you things have not recovered citing the crash of the herring fishery, the disappearance of killer whales as well as a few species of seabirds.    No doubt, a contentious issue still today.

On March 27th, 1964 the largest earthquake ever recorded in North America happened in South Central Alaska.   It lasted for 4 weeks and topped out at 9.2 on the Richter scale.

There are quite a few videos on YouTube about this event but the one above held my interest the longest.  If you like history, you'll want to view this.

A side note.  I feel little tremors and quakes all the time in Kenai, but as a traveler to our State you shouldn't worry about another Great Quake anytime soon.  According to USGS geologist, "mega quakes" like the one that hit in 1964, will happen, on average, every 630 years.   So, you can breath easy and know that it's okay that you placed a down payment for your trip of a lifetime......


Posted by Beaver Creek Cabins & Guide Service at 10:19 AM 3 comments:


If you look at the bottom right of this page under the "Blog Archive" column you'll see a number that represents how many times this blog has been viewed.  Sometime this week I will become a member of the 100,000 Views Club.

When my little sister Heidi told me I should be a blogger I was dead set against it.  I really didn't want to talk about myself and I thought the only people who would read what I had to say would be family members.   Well, 100,000 views later I guess I was wrong.

A big thanks to all of you non family members for continuing to read the blog.  I promise I'll try to keep things honest, straight-forward, informative, and entertaining.


Posted by Beaver Creek Cabins & Guide Service at 9:31 AM 5 comments: 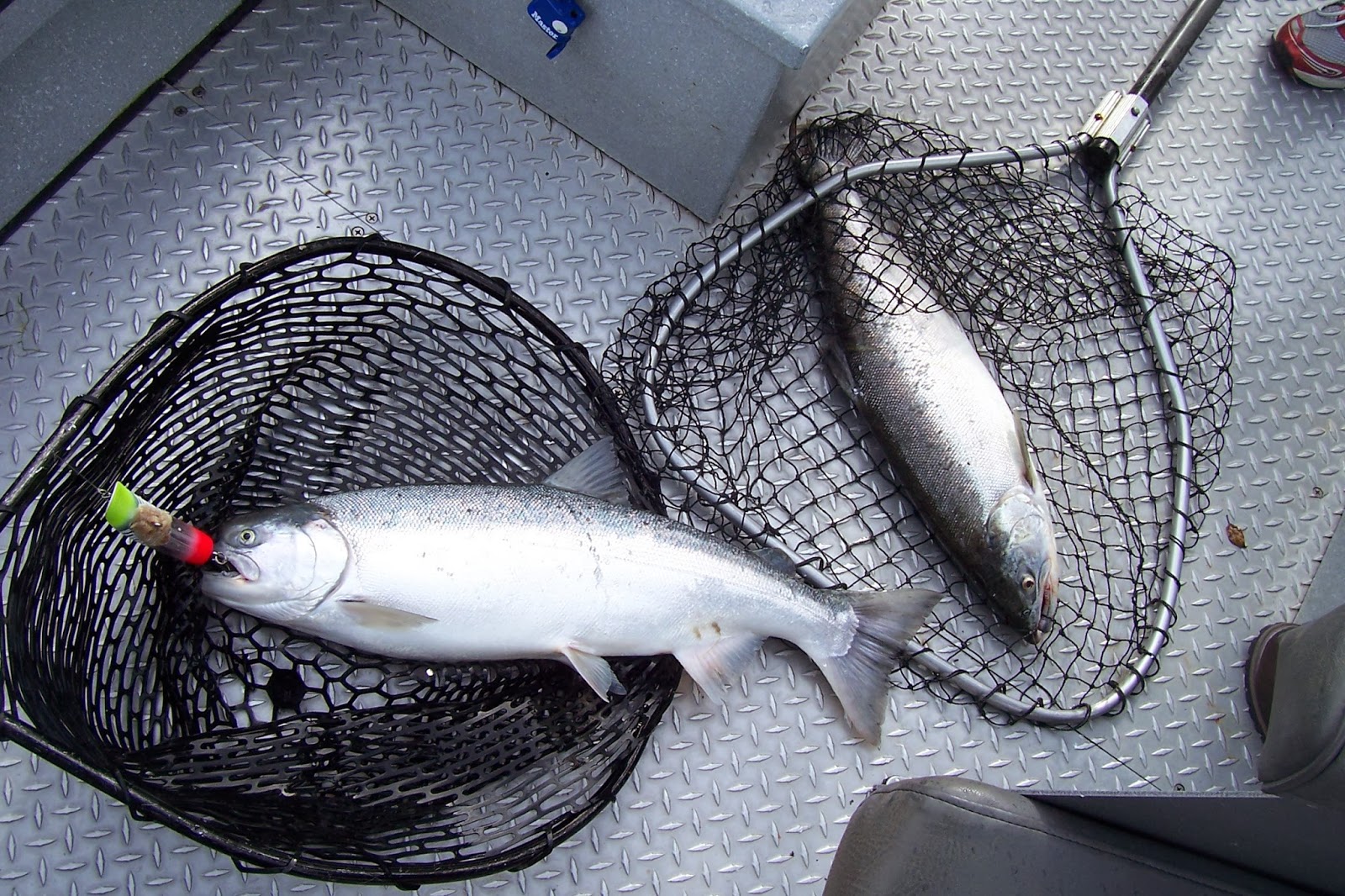 As many of you know, silver (coho) salmon are my favorite salmon.  Not only are they aggressive and plentiful, but there are so many different ways to fish for them.   You can cast spinners, jigs, spoons, or backbounce eggs for them.   You can also backtroll plugs and spin 'n glo's or you can sit in a back channel and fish them with bobbers and eggs.    Another reason I like silvers so much is they return to the Kenai River in the fall and the overall river fishing pressure is light compared to the summer pursuit of king and red salmon. Have I mentioned in the past how good they taste?  Well, they do.

If I'm anything, I'm always curious, and especially about my favorite subject, fishing.  So when my old college roommate, Mark Stopha, sent me an article he had written about a silver study in Southeast Alaska, I had to share it with my readers.   One of the most interesting parts of it to me is that juvenile silver salmon will migrate back and forth between fresh and saltwater for several years before going out to sea for a year and returning to spawn.   Another thing I learned is not all salmon return to where they were born.  A small component of a run will stray into other streams to spawn.

If this piqued your interest enough, and you'd like to read Mark's entire article about Berners River coho salmon, click here.   Let me know if you learned a thing or two.

Posted by Beaver Creek Cabins & Guide Service at 10:34 AM 2 comments:


The Alaska Department of Fish and Game has just announced the Kenai River is closed to king salmon fishing until June 30th.   This is the first time since 1965 that ADF&G has done this before the season has started.   In addition to the closure on the Kenai, restrictions have also been placed on other king salmon streams on the peninsula. Before venturing out make sure to check ADF&G's website for curernt regulations.

So what does that mean for the people who have booked guided king salmon trips with me?   You can either cancel altogether, or you can go with Plan B.    People that I've contacted so far have replaced their king salmon trip with 1) red salmon trip to the Russian River, 2) rainbow trout/kokanee fishing on area lakes, 3) lake trout fishing, and 4) rainbow/dolly varden fishing on the Kenai River.   For some, this didn't work so they've replaced their day scheduled with me for another halibut trip or with a fly in red salmon/bear viewing trip.

If I haven't contacted you yet and you're reading this post be patient. Hopefully we'll be able to connect in the next day or two and get this sorted out for you.


Posted by Beaver Creek Cabins & Guide Service at 9:43 AM 2 comments: