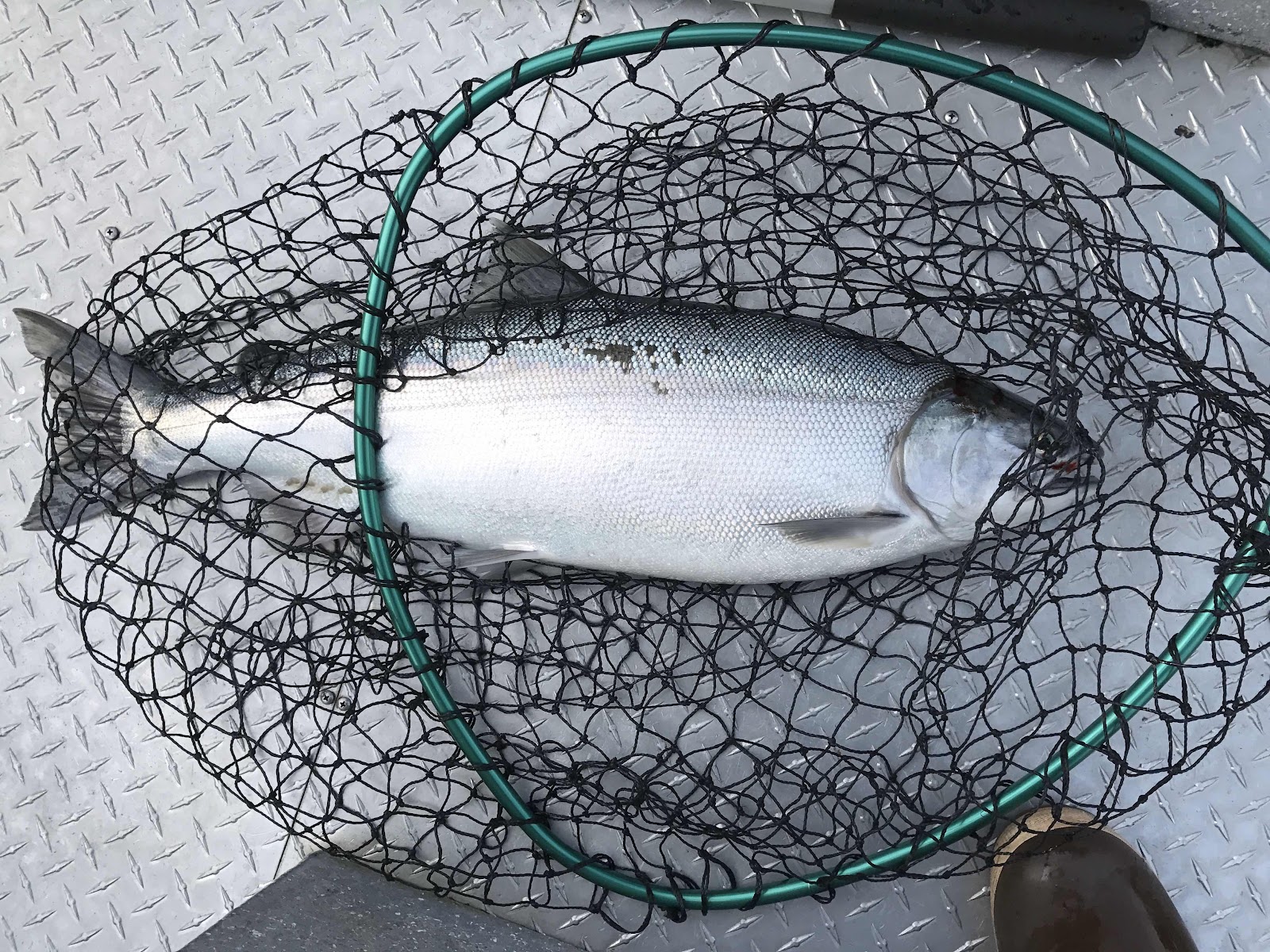 August started out strong with combination trips of red and silver salmon on any given day. By the middle of the month, with declining red numbers, our full attention was given to silver salmon. 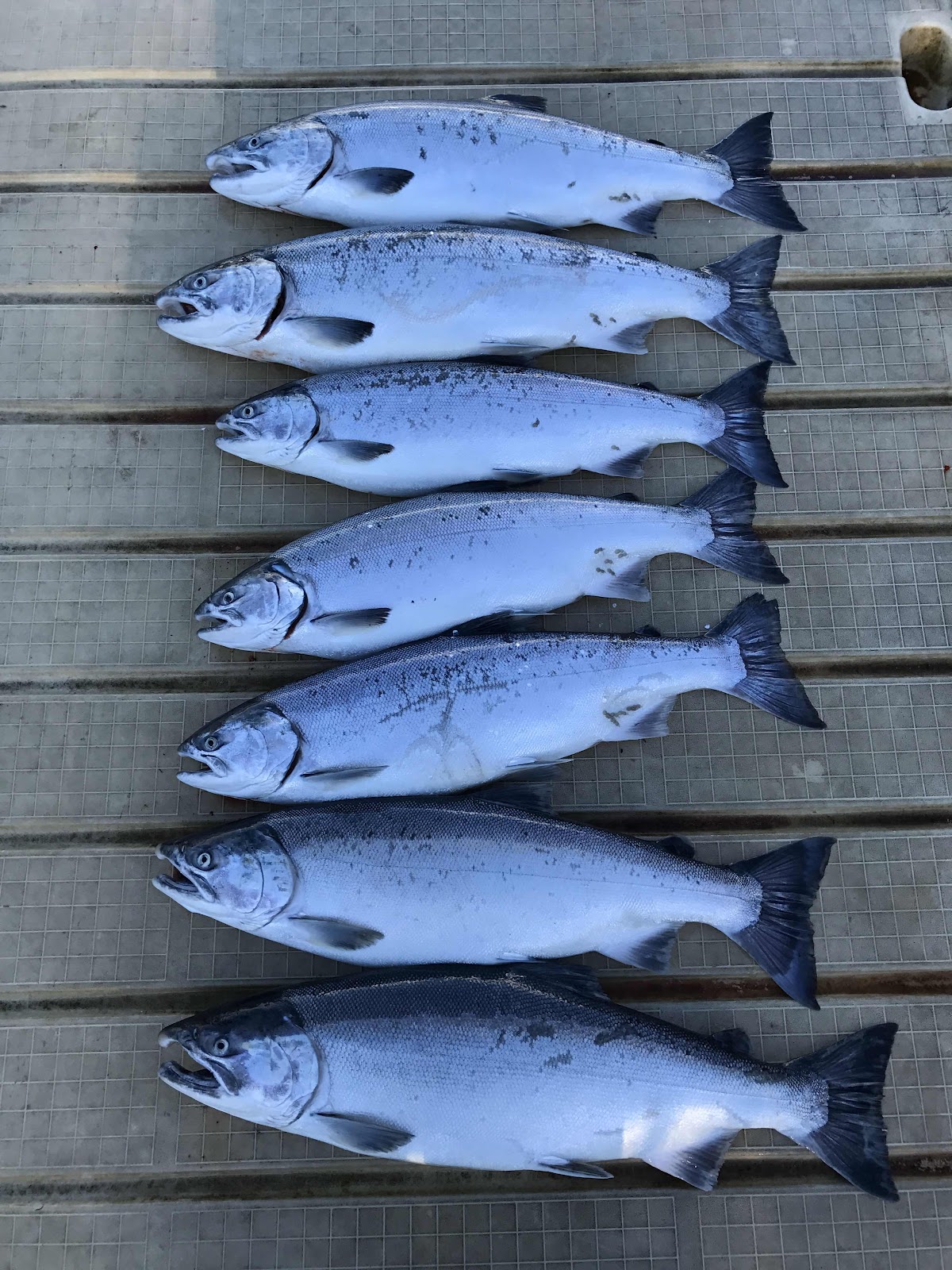 Overall, August was a decent month for chasing salmon on the Kenai River. Some days we caught a boat limit quickly, other days we had to grind it out. 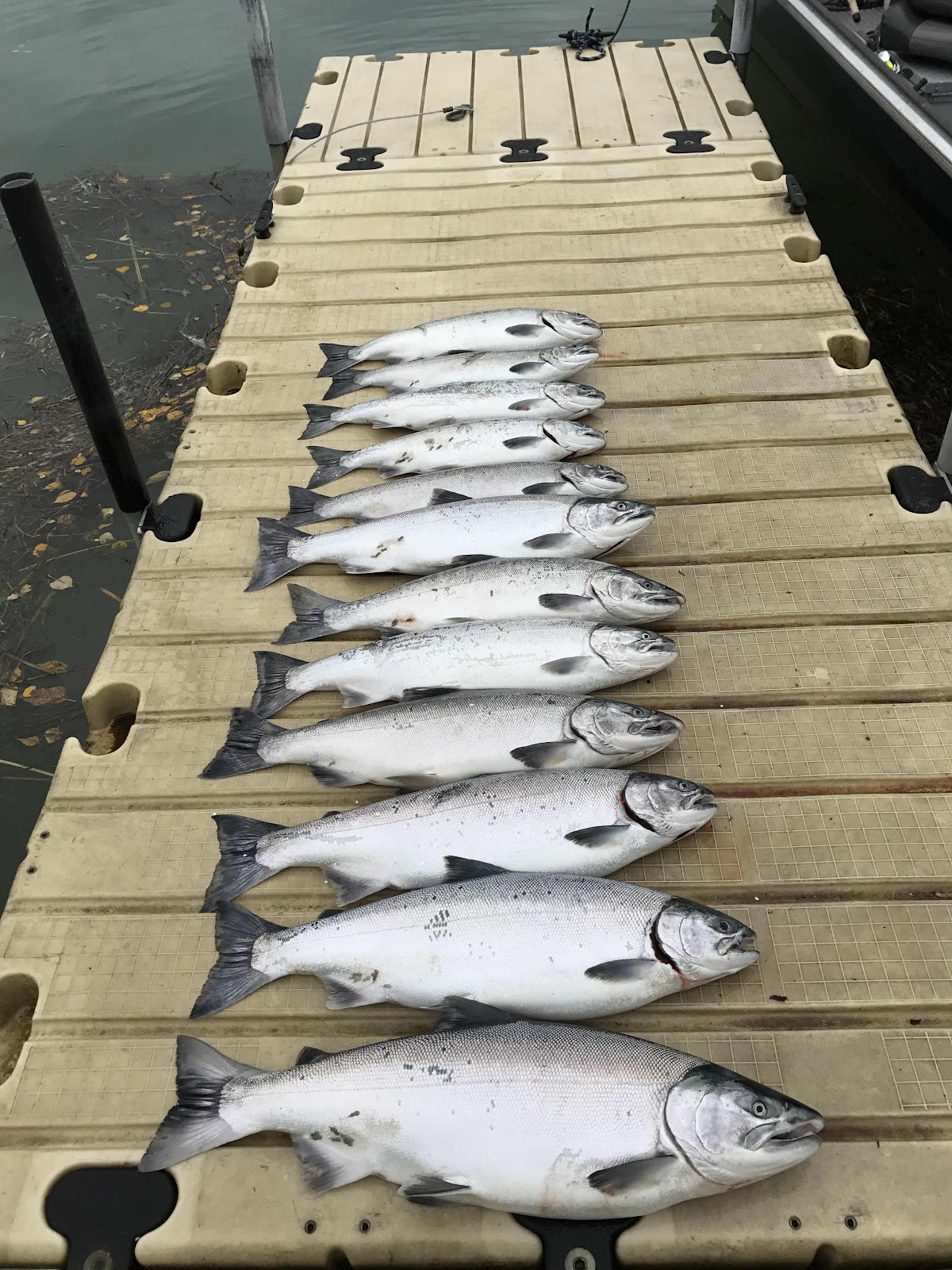 September proved to be more difficult than August, and quite frankly, much more difficult that I've been accustom to. An okay day would be followed by a tough day. It was anyone's guess what would happen day after day. There was one overriding factor to the inconsistency of the second run of silvers: there weren't many fish. Except for one glaring exception, we found fish everyday. The exception was the famous banana morning. For those of you who believe in the curse of the banana, your superstition was confirmed. I personally think we were fishless because we only had a couple of hours to find what few fish were in the river, and we ran out of time to track them down. Maybe it was a little of both, maybe...

Well, that's it. It took two posts to basically say we had another fine season of fishing with lots of great people. I look forward to sharing the Kenai experience next year with many longtime friends, and with new ones.

Next weeks blog topic: cabin wipe board thank you notes.

Red Lake could be froze by Thanksgiving!