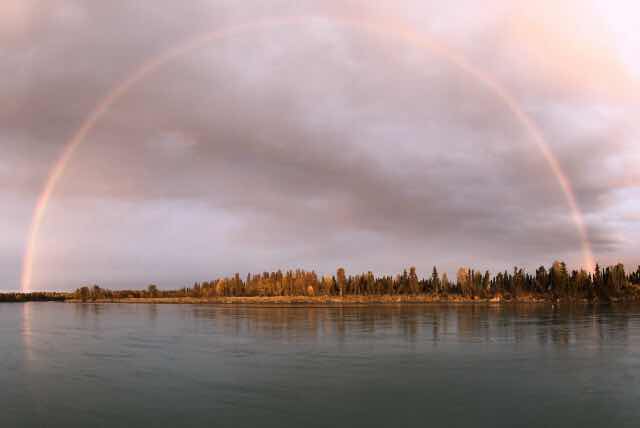 Instead of the usual fish photos starting out the blogpost, I thought I'd share a few images of the marvelous things we saw while fishing on the Kenai River this past week. As my friend Debbie would say, "catching fish is just icing on the cake..." 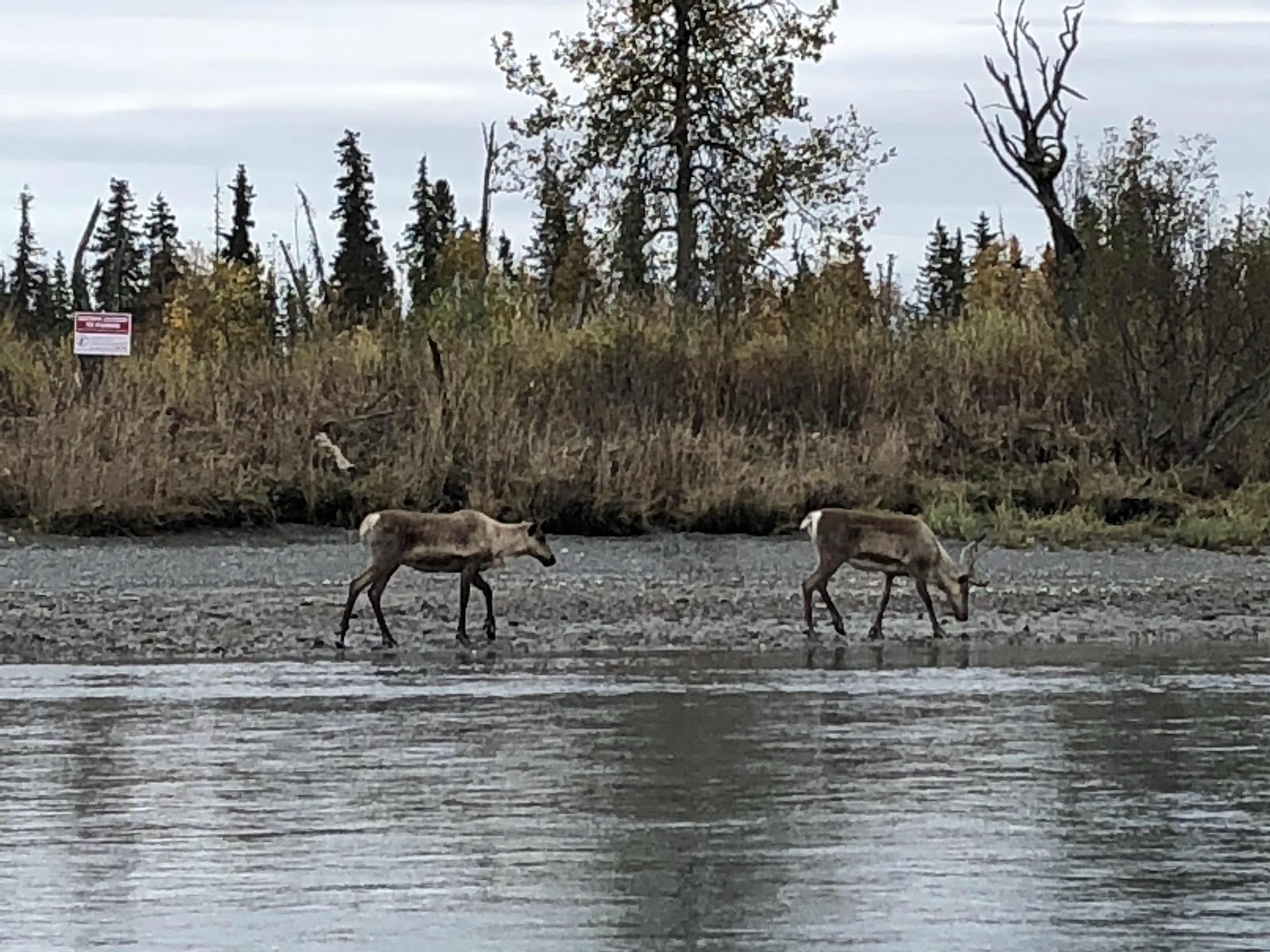 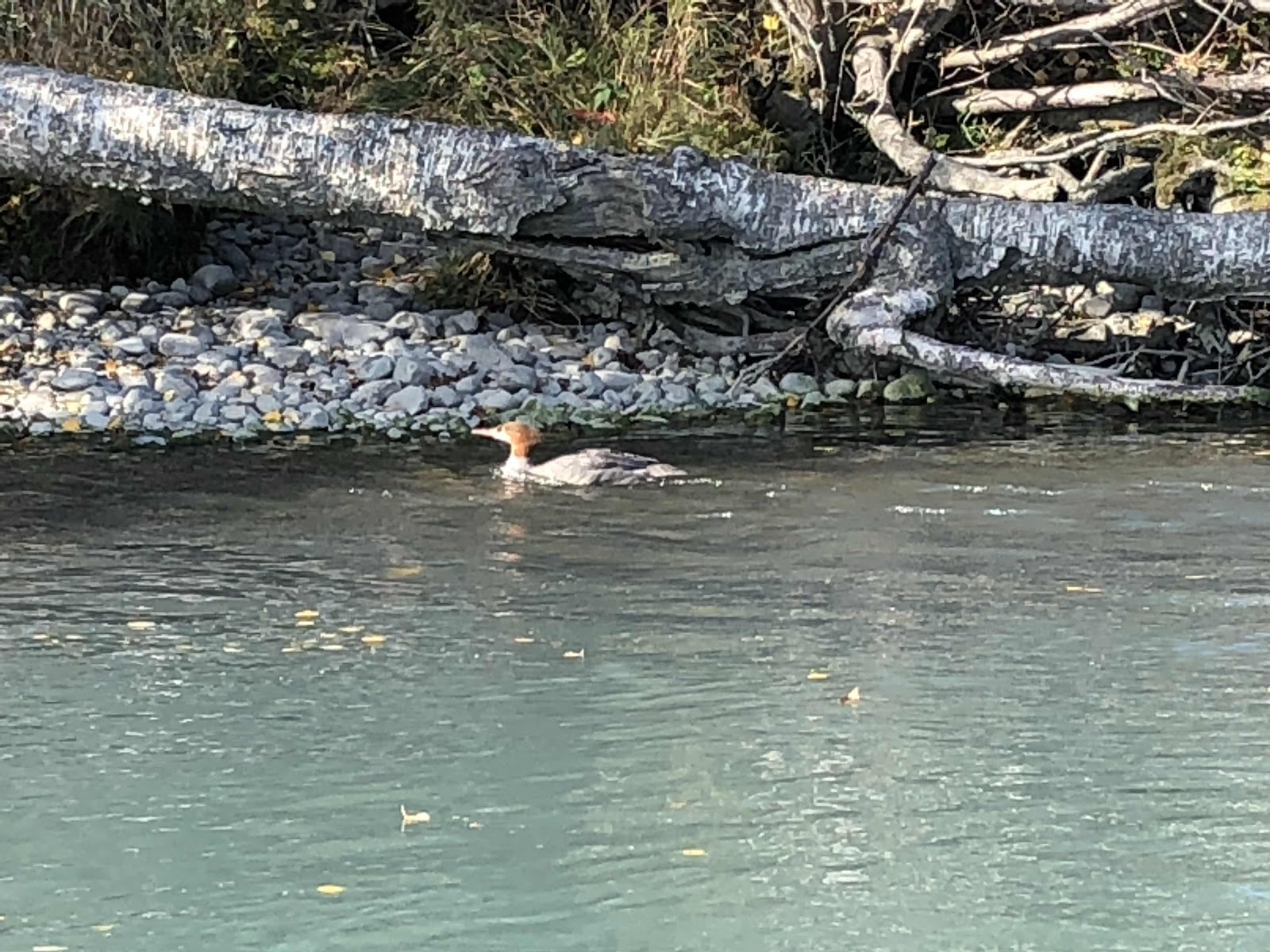 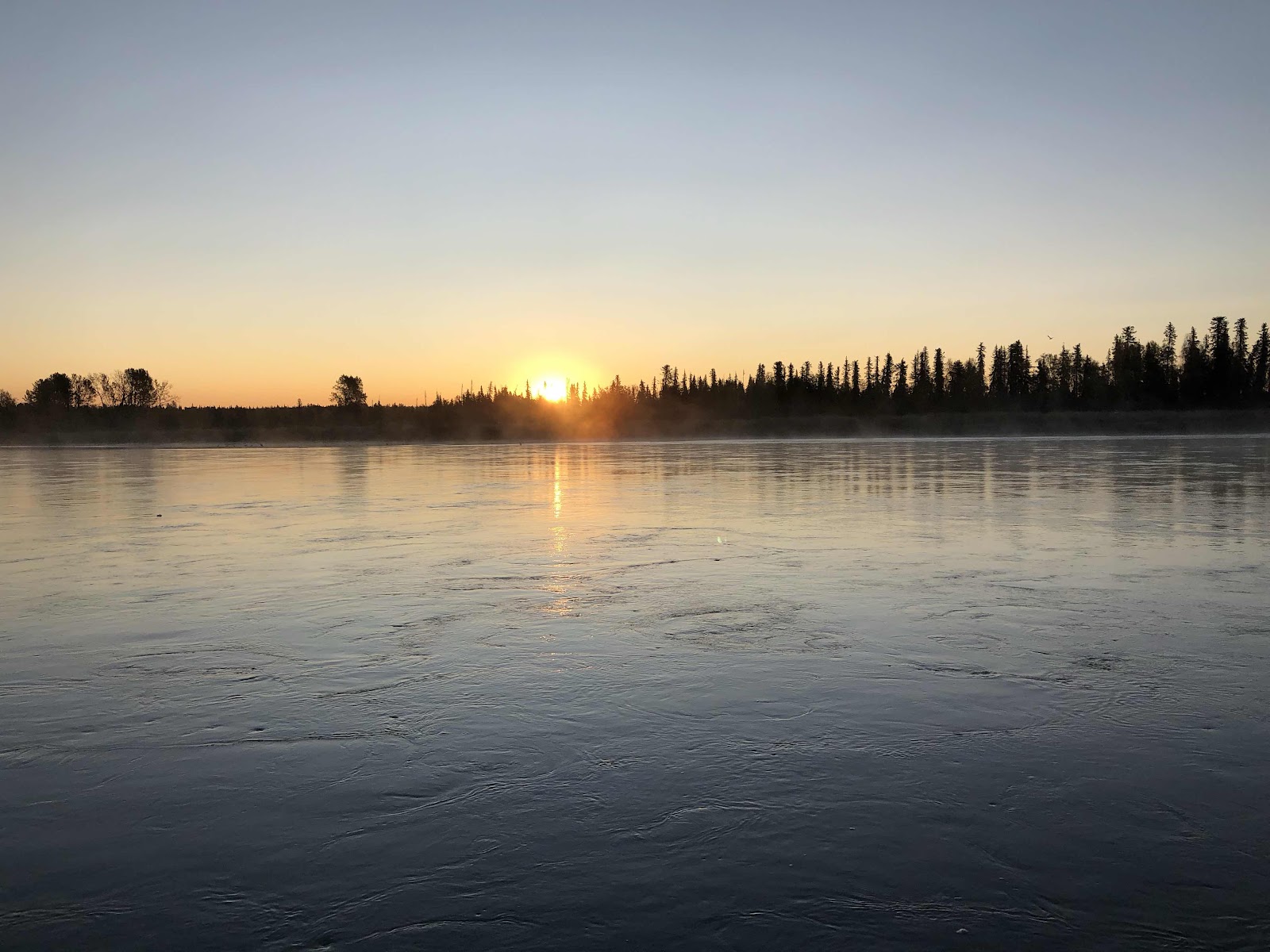 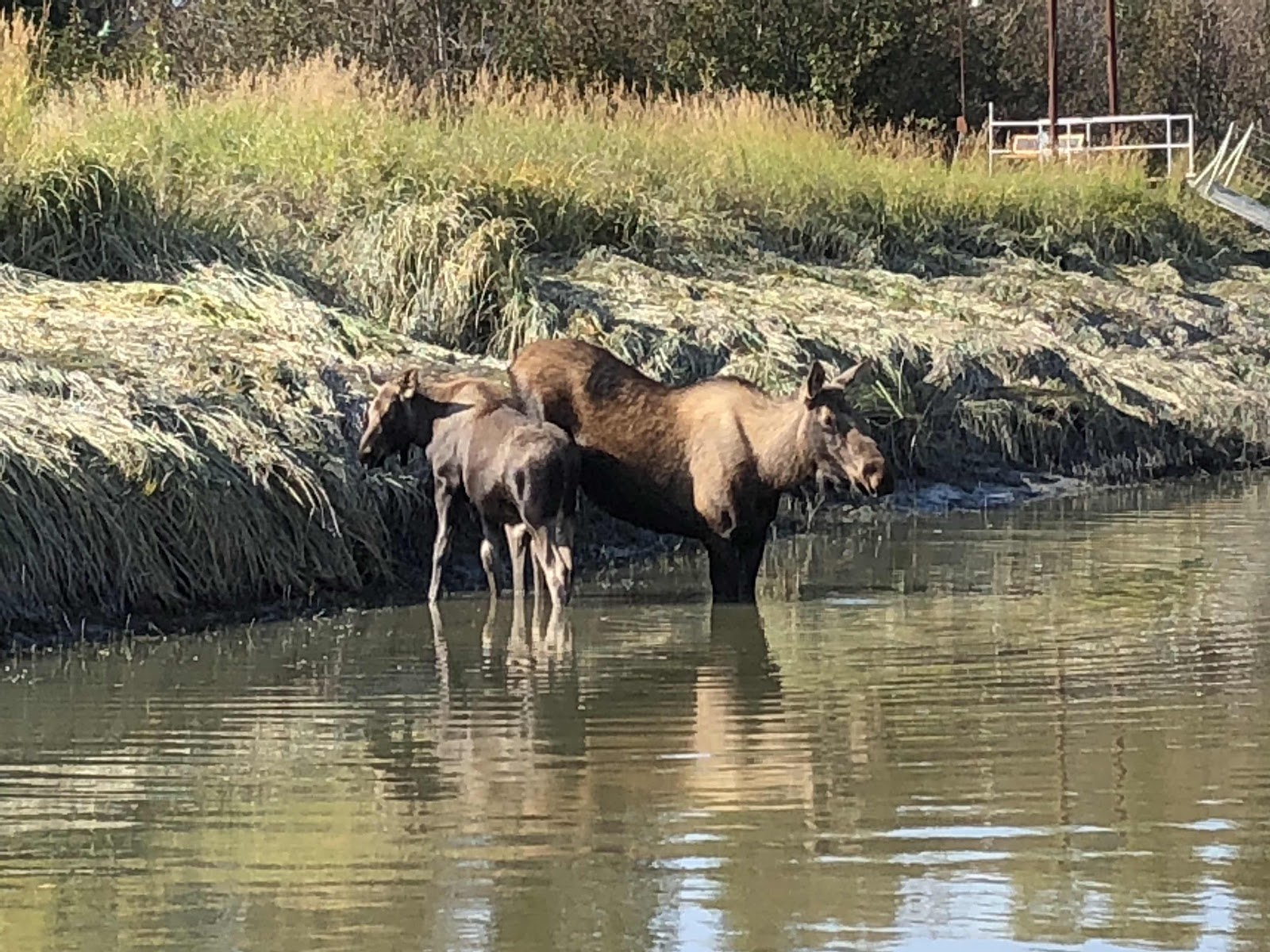 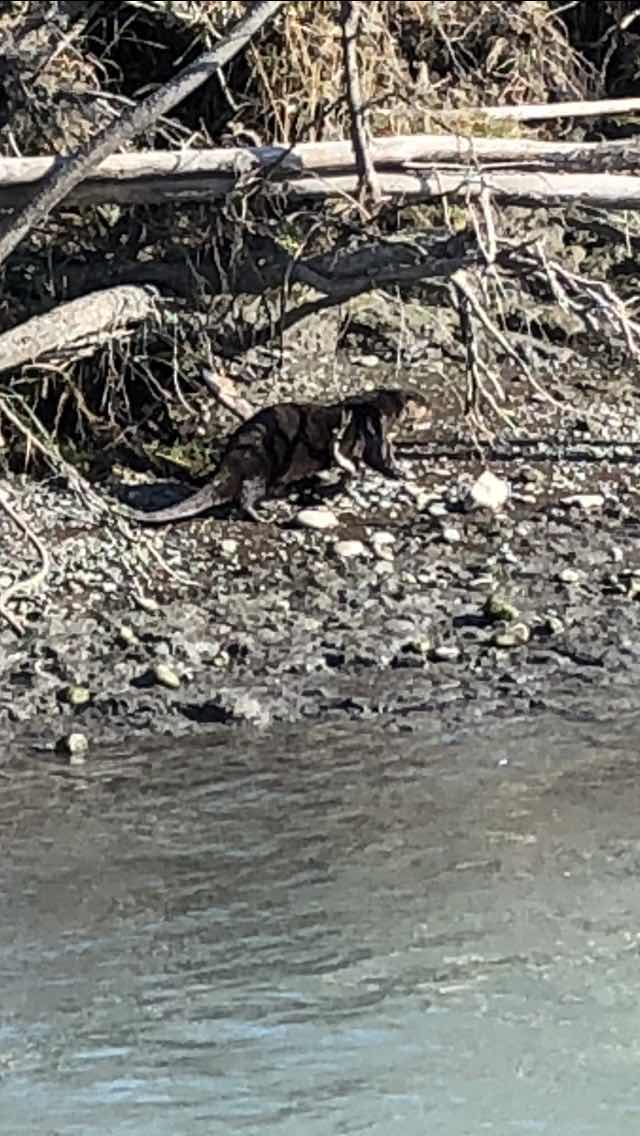 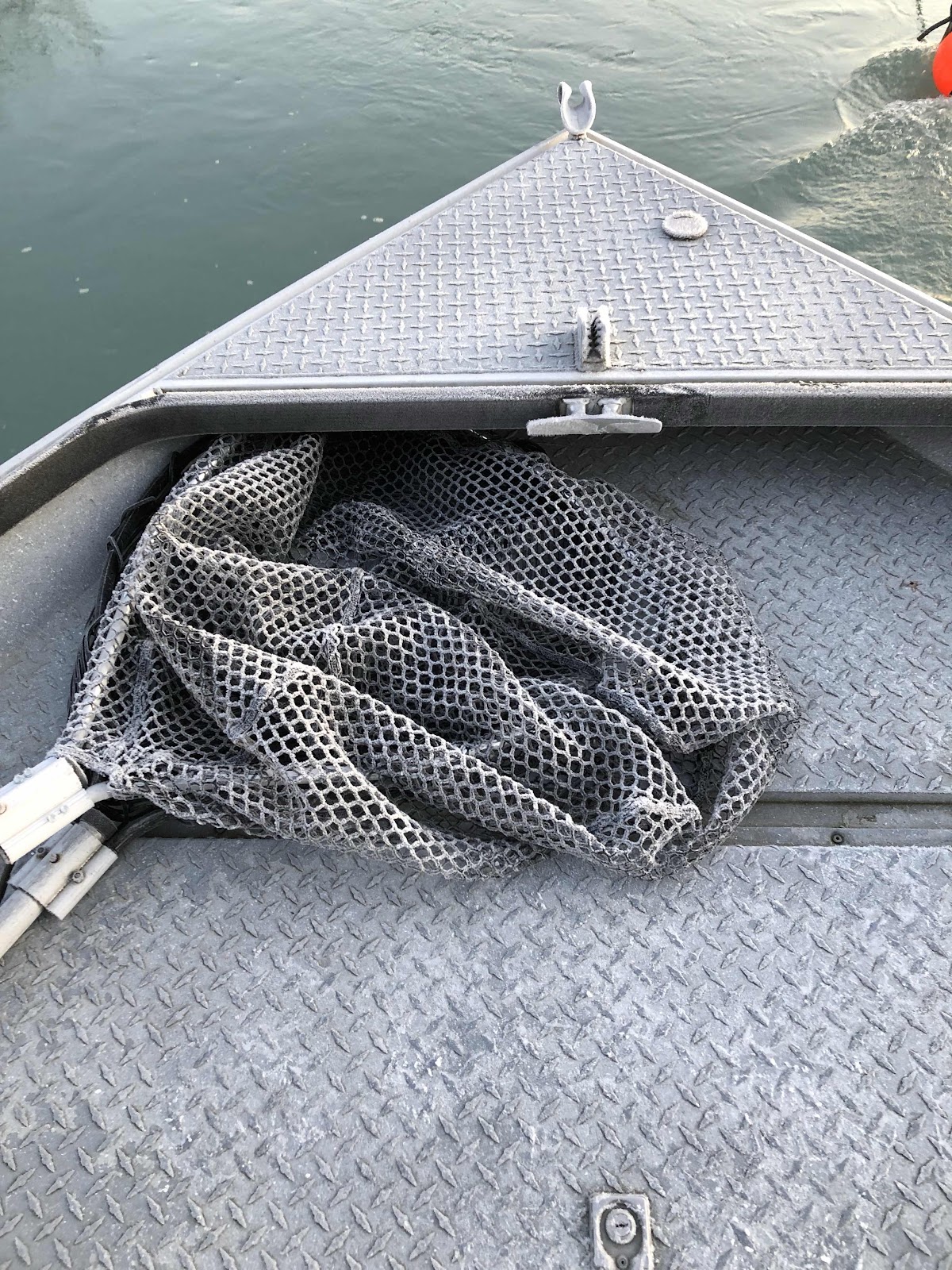 On to the final fishing report for 2019. 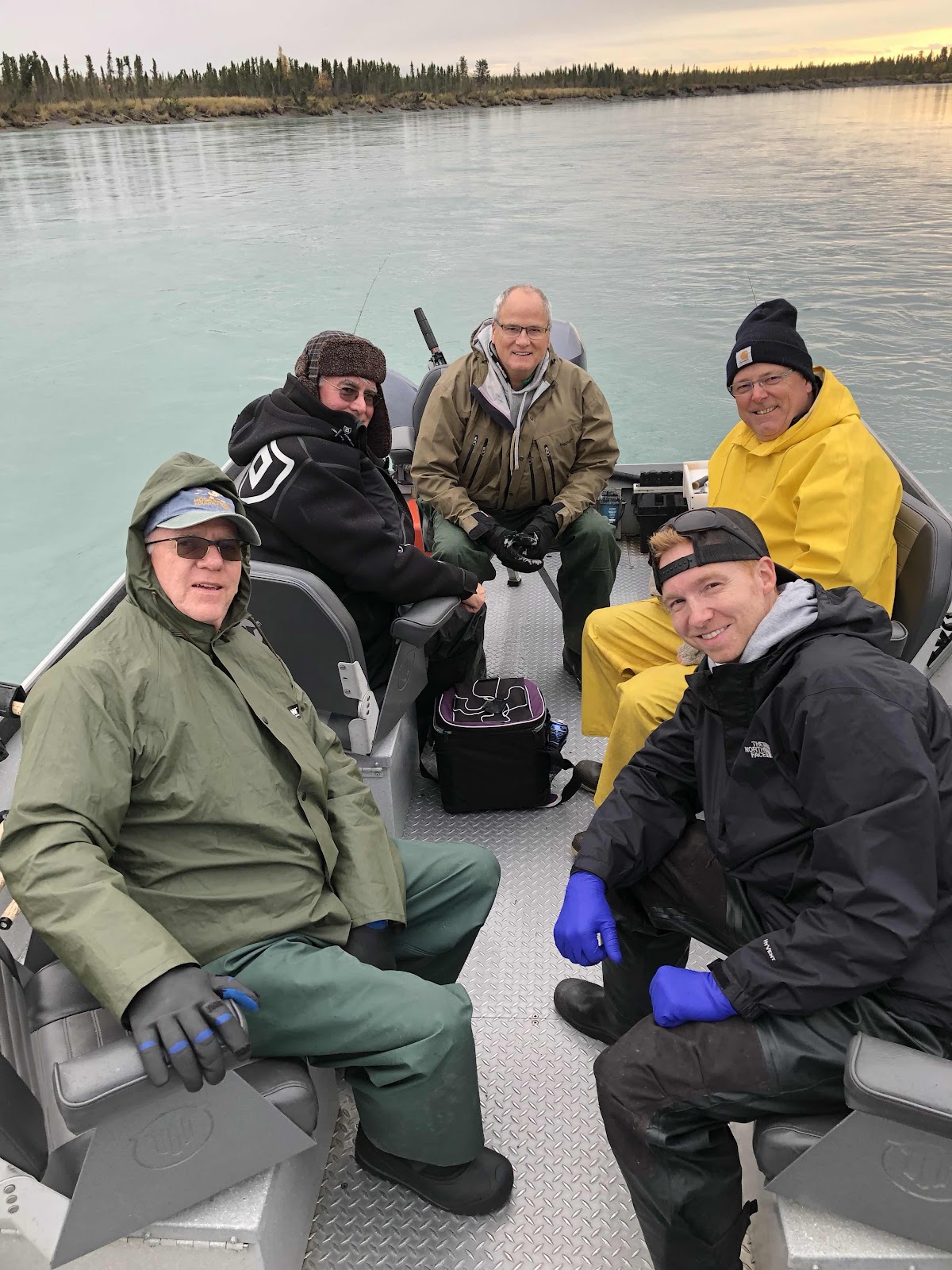 It was another week of slow fishing. Tuesday evening I took Paul, Jim, Tim, Mike, and Paul out for a couple of hours. 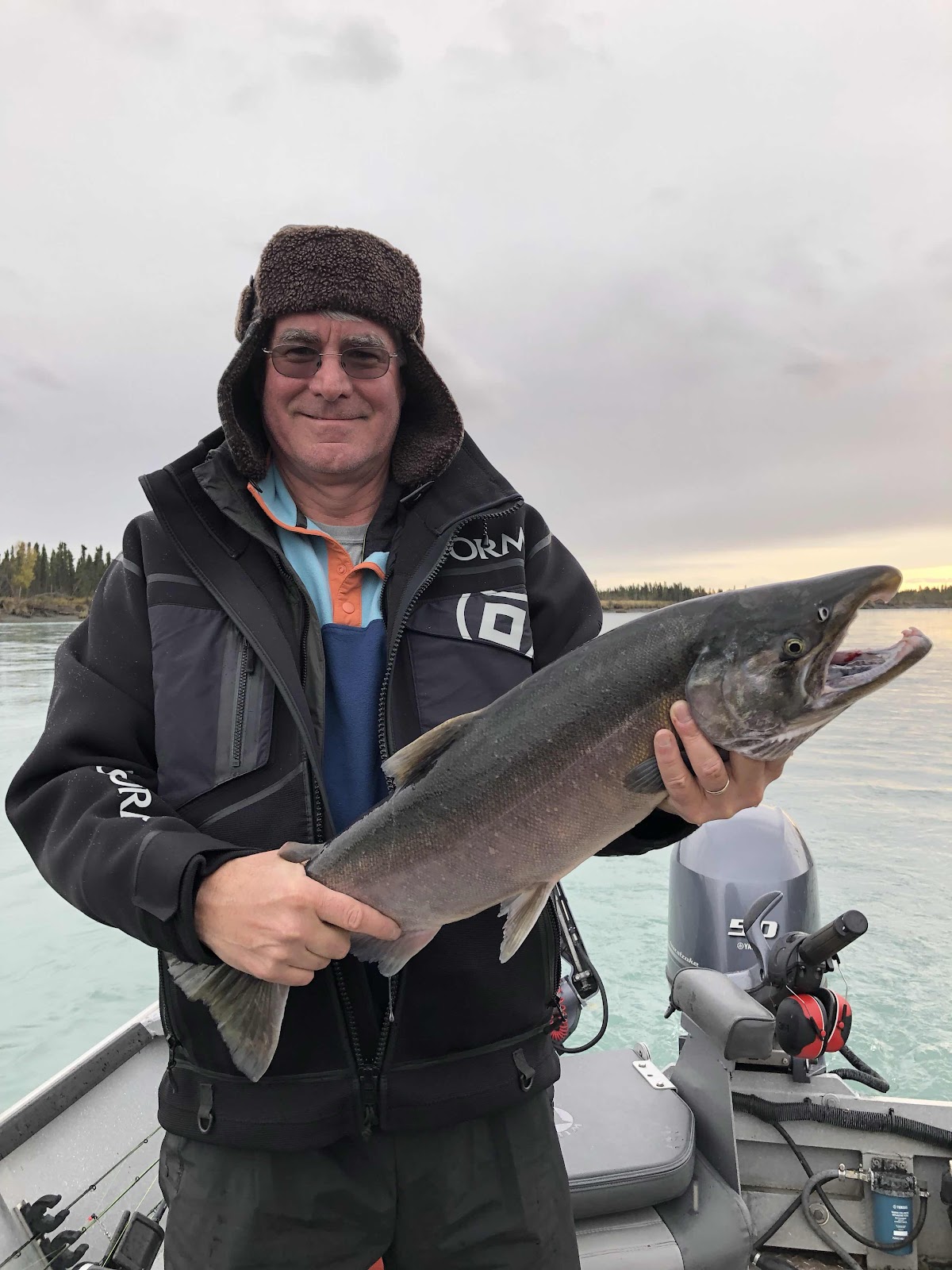 Jim and his lucky hat found the only willing biter. 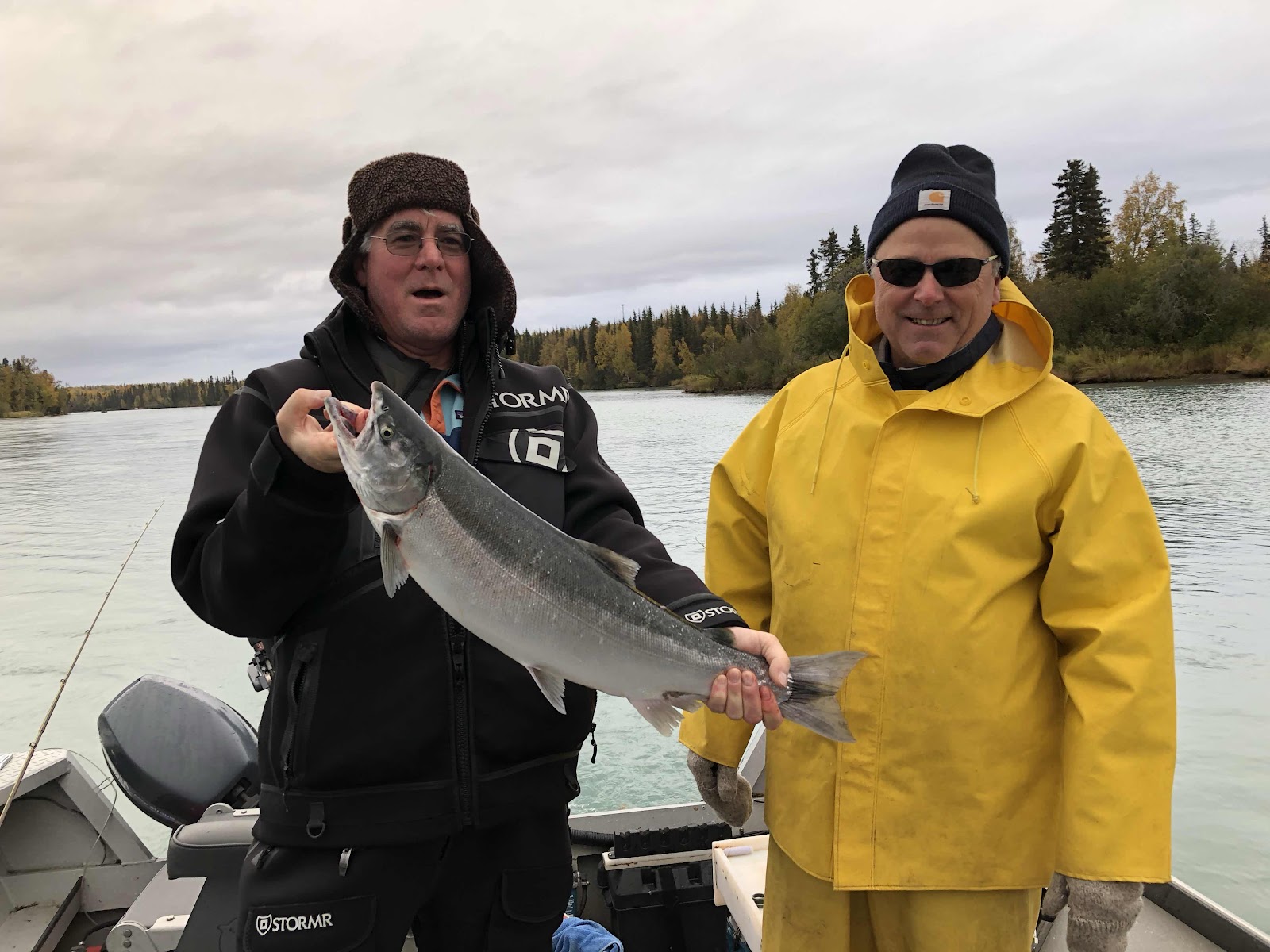 For the next three days it was Tim, Jim, and Mike fishing with me. Jim continued where he left off the night before and caught the first two silver salmon. 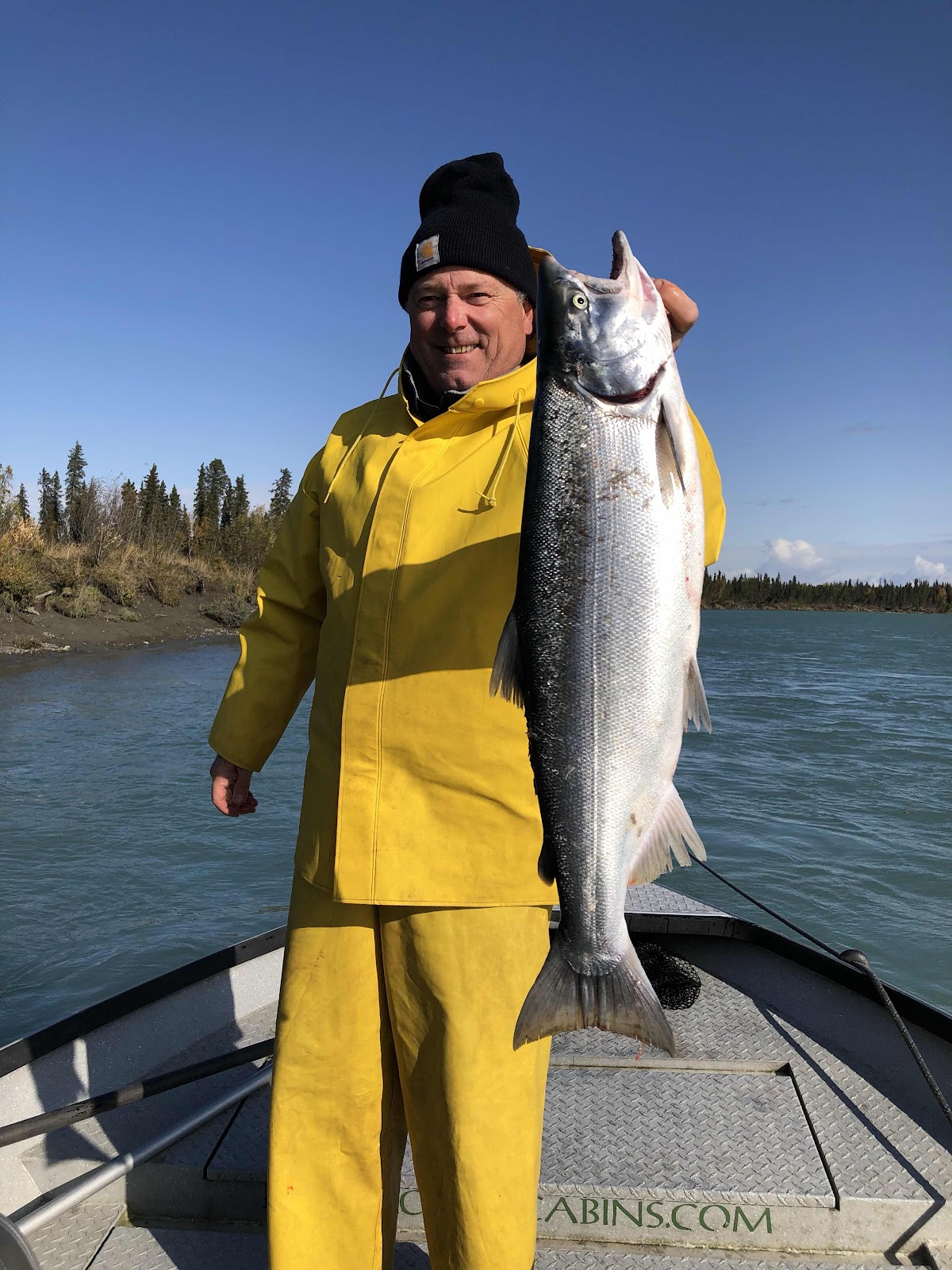 Mike caught the third fish of the day. 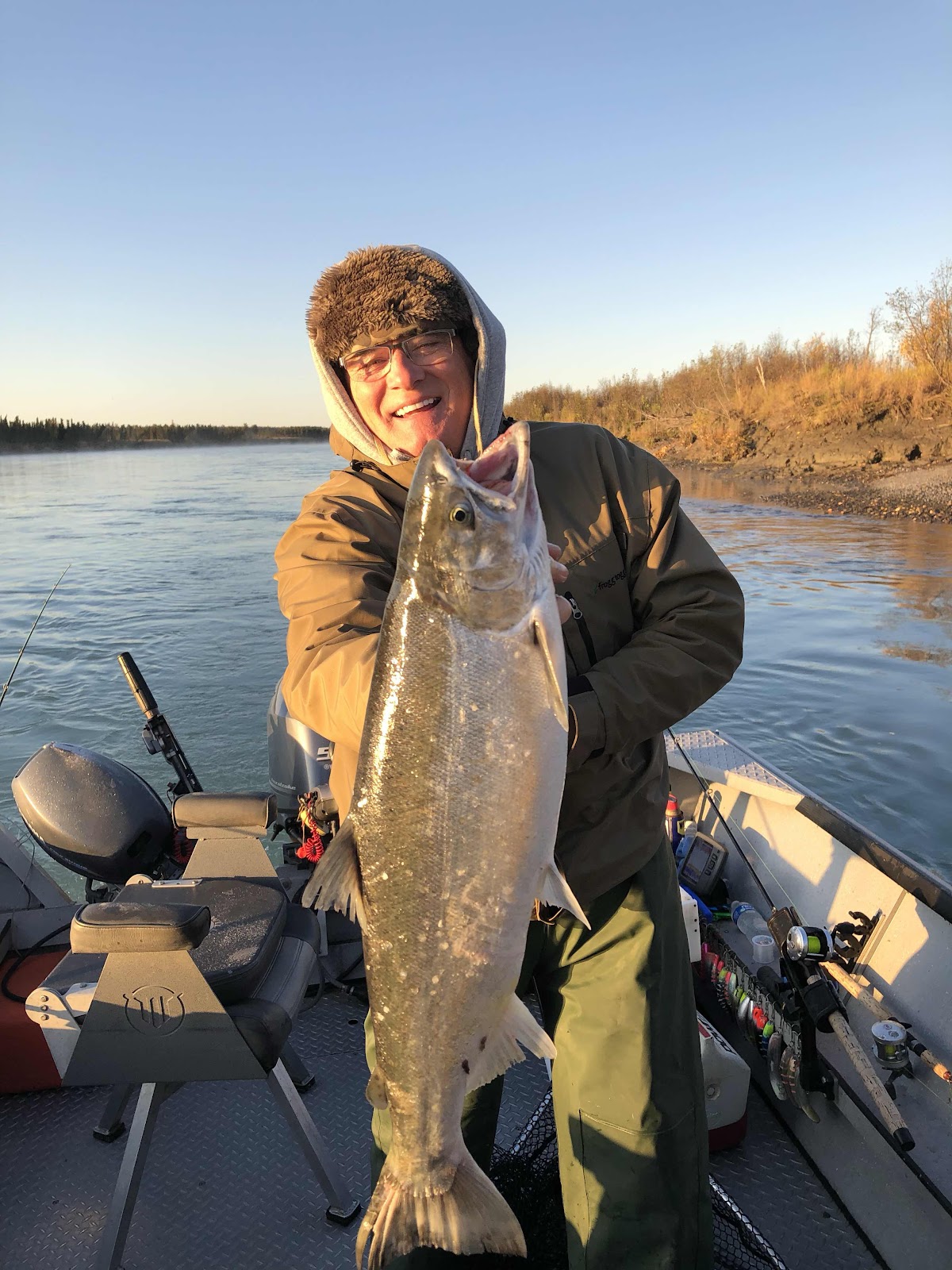 On Thursday, Tim found the only fish. It was much deserved. 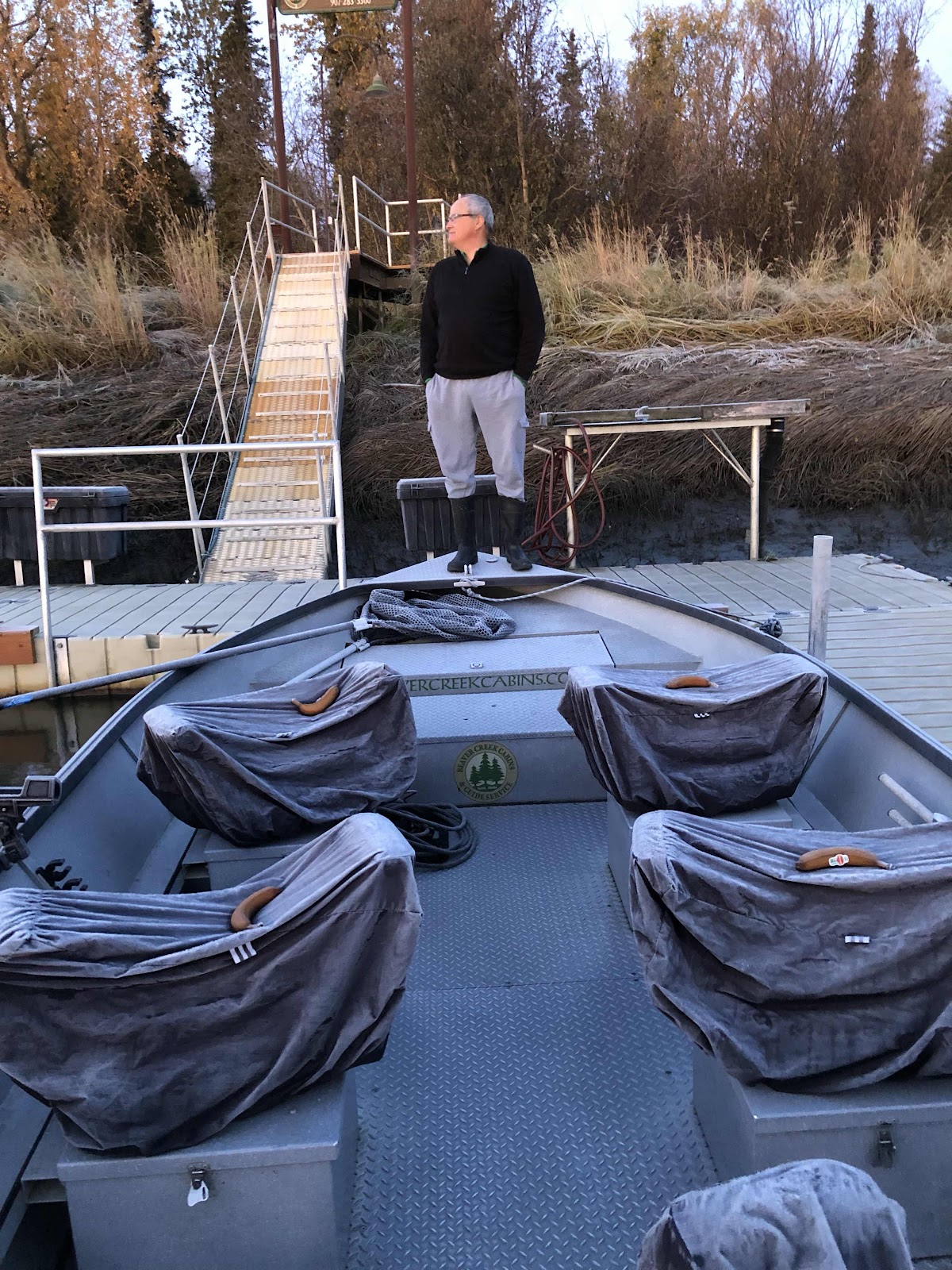 The banana curse was alive and well on Friday. It was a very cold 27 degree morning and when I walked down to the boat I found a banana on every seat. Oh, oh, I wonder who did that says the guy in the photo who wouldn't look at me. Tim, Jim, and Mike had a couple of hours to fish before they had to catch a flight home and that wasn't enough time to overcome the banana jinx. Yup, we went fishless. I'm usually not a believer in bananas being bad luck, but this was the only fishless day all silver season. It was a nice streak while it lasted. 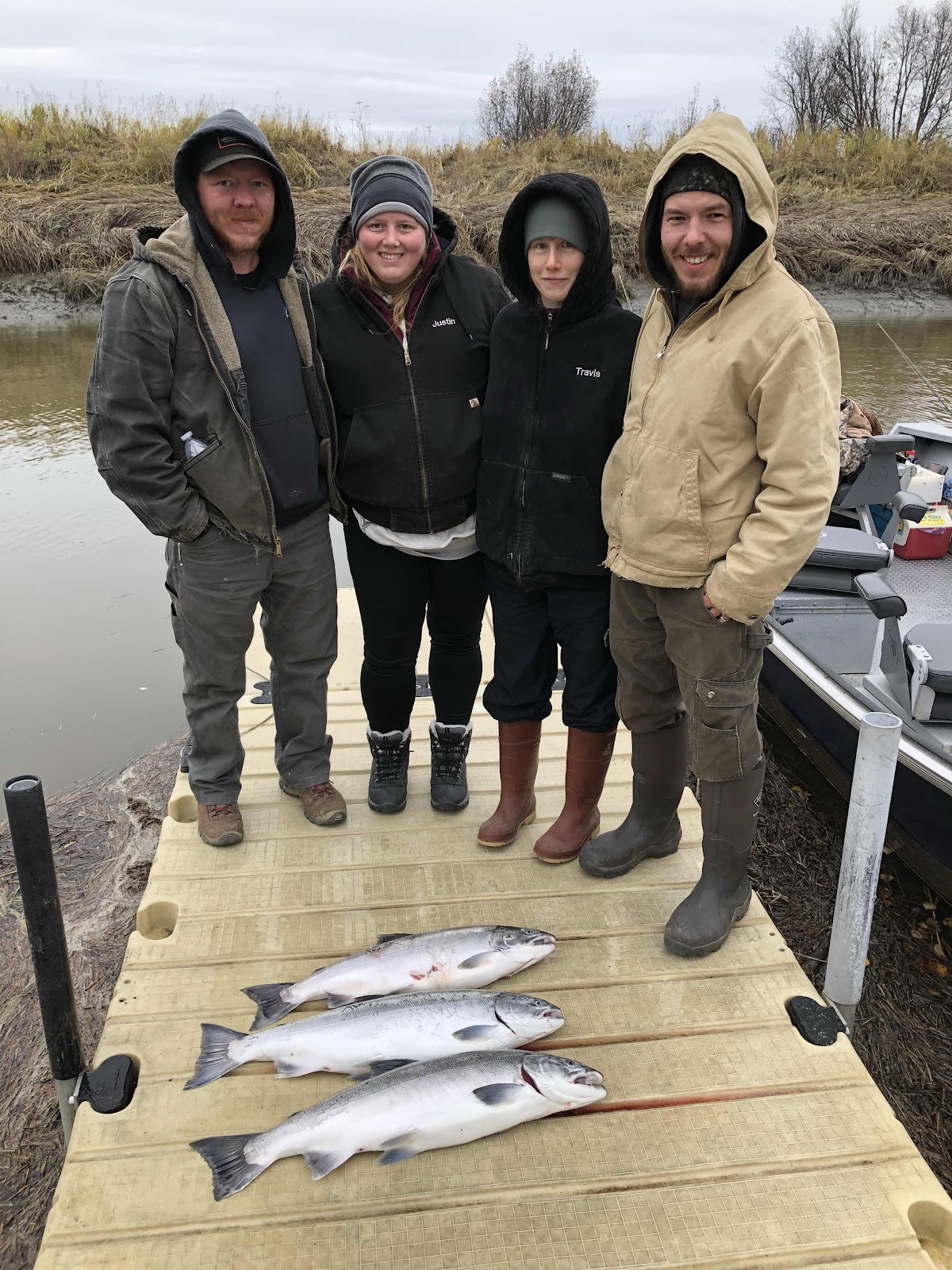 Being shut out was not how I wanted to end my season, so I was thankful Team Alpha Roofing and Construction fished with me on Saturday. We righted the wrong of having bananas in the boat and caught three quality silver salmon. Not a lot of action for the day, but the way the September run has been, we were thankful to catch what we did.

Next week, I'll be blogging once again, but it won't be a fishing report with clients. Time permitting, I hope to be fishing myself, but most likely it will be about winterizing our operation.

You’re spoiled. Not only did it look like you had a ton of customers this year, you also caught a ton of fish. Well done.